VT Attorney General Demands that a Nonprofit Board Resign—Why? 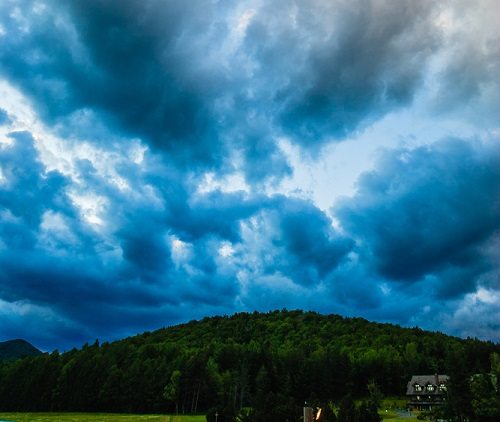 The attorney general in Vermont has requested that the board of directors of Emerge Family Advocates (EFA) be removed. This is an extreme but not unheard of step that clearly lays the ultimate responsibility for mismanagement at the feet of the board. And in so doing, it is a shot across the bow of all other nonprofit boards—especially the ones who are afraid of their executives.

This story is nothing if not convoluted, so bear with us.

The AG, Bill Sorrell, is alleging that the board allowed Raymona Russell, the executive director, to raise her own compensation without any performance evaluation and otherwise mismanage funds without adequate financial supervision. This, by the way, does not sound all that uncommon. Plenty of executives have relationships with their boards that shut down reasonable questioning. In some cases, board members may even support that kind of blind-faith relationship, but, as this case suggests, it’s a situation that board members enter at their own risk.

The organization, which oversees supervised visits of children in Vermont and New Hampshire, received $54,915 from the state of Vermont last year, including $38,515 from the state Center for Crime Victim Services. That makes the conduct of the organization the state’s business, both because it is it is a nonprofit and because it receives state funding. However, the director of the Center admits that it did not oversee the organization the way it should have, letting the group’s resistance to audits slide over a period of years. Finally, the center cut off funding in February.

It’s not like the board has been completely silent on the problems. In September, two board members filed a suit in Windsor County Superior Court against Emerge’s Russell, two other board members, and a former board member, asking for ex-parte orders, temporary injunctive relief, declaratory judgment, injunctive relief, and payment of legal costs. And in April, the same two made a whistleblower complaint to Vermont, New Hampshire, and the U.S. Department of Justice’s Office on Violence Against Women, prompting the AG’s probe.

In response to the allegations made in both suits, Russell wrote a very long email. She accused Sorrell’s office of making Emerge a “sacrificial lamb” during an election year and responded point-by-point to some of the allegations in the lawsuits. According to VTDigger.org, she wrote:

“The ‘electronics’ she is accused of taking was a basic cellphone that her terminally ill husband uses because she works between 55 and 60 hours a week. Since 2011, she said, the nonprofit has paid a set price of $139.99 for six phones; and rather than have a phone sit unused, the board allowed her to give it to her husband so he could easily contact her.

“Russell said her husband for 18 years has provided free painting, roofing and security for Emerge. Although he is ill, he still provides security or helps supervise child visits or exchanges, she said.

“Russell also offered an explanation for the extra money she was paid. She reimbursed herself for unused vacation, sick time and personal time, she said. ‘Since I work so many hours each and every week of the year I never use it so if I am not reimbursed for it not only do I kill myself on time but also get no benefits at all,’ she wrote in the email.”

While this account is in some ways heartrending, it does Russell little good in terms of her profile as a manager. It suggests, in fact, that the agency was far too informal to be able to protect itself, its executive, or the board, especially in that it was contracted to public agencies.

What is interesting about the situation is that it appears that many of the funders of the agency are at least partially culpable in terms of accountability measures—the group, for instance, has never had an audit—but the AG is still firmly laying responsibility at the feet of the board, some of whom did try, albeit late in the game, to spark change.

Again, what this suggests is that if you are on a board, make sure you have a healthy accountability relationship with the executive, including good financial oversight. If you are an executive, make sure your board feels comfortable challenging you. Otherwise, expect to be shamed publicly.—Jennifer Swan