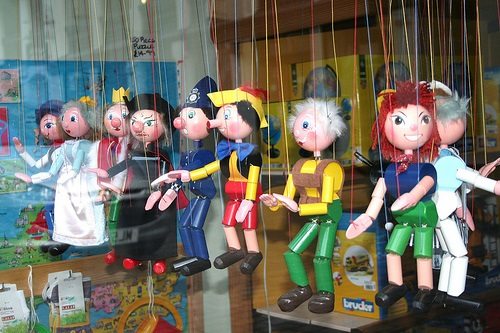 Why bother to apply for a job managing a university department when you can just buy influence, right down to personnel decisions?

An anonymous donor has offered the athletics program at the University of Arizona $17.68 million worth of stock, but it would be designated for retention bonuses for athletic director Greg Byrne, basketball coach Sean Miller, and football coach Rich Rodriguez.

The proposal will be voted on next week, along with contract extensions for the three. Under the donor’s scheme, Byrne would receive 20 percent of the stock, worth about $3.5 million, while Miller and Rodriguez would get 35 percent each ($6.19 million) but only if they stay at UA at least four years. They would also not be allowed to leave voluntarily before eight years had passed. If any of the three leave voluntarily before eight years, their shares are to be given to the athletic director, who must consult with the donor as to its use, but they would still collect if UA fired them without cause before the eight years were up. Ten percent of the stock would go to the university with distributions controlled by the UA president.

There are already cash incentives in place to retain Miller and Rodriguez.