Why Nonprofits Need to Take on Tax Policy – NOW! 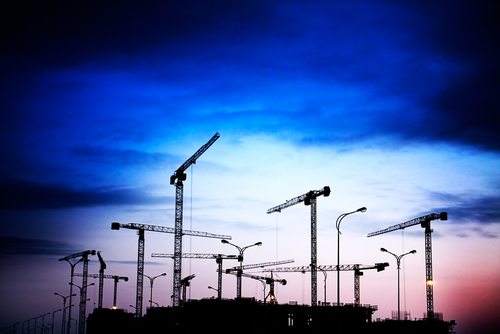 NPQ has always cautioned that ignoring your public policy context is akin to turning over the keys to your house and having to ask permission to sleep on the couch. And of all the aspects of your public policy context, the scaffolding of tax structures is king. How we raise and spend money as a nation reflects a set of our most basic collective priorities and beliefs. Investment bankers know this—they have worked effectively to create an iconic framework that, against all factual information, suggests that taxing the rich at rates equal to those at which we tax the middle class would be a disaster for our nation.

There are many doors into this oft-repeated story. One story: the rich are the job creators, and taxing them would force them to make such uncomfortable decisions as choosing between hiring eighty more factory workers or buying that sweet little sailboat they saw in the South of France. But small business has always been the jobcreation engine in this country. Focusing on small business is, of course, one way to create an economy that offers more diversity of ownership, but that is not the direction in which tax breaks and expenditures are skewed. Through TARP, for instance, the federal government spent hundreds of billions in tax money to bail out the large institutions that led us into this extended recession—institutions that subsequently refused to increase, and even decreased, their number of small-business loans.

The way taxes are raised, waived, and used not only reflects value sets but also sets the stage for all we do as a sector. That design to some extent determines our collective and individual possibilities in a rapidly changing world. Not paying attention to that design, and how it is manipulated through rhetoric, means that we abdicate a critically important leveraging action that could improve the lives of those we work with in ways that are currently incalculable. But nonprofits’ discussion of tax policy tends to revolve around charitable deduction or charitable exemption, and there is a bigger field that nonprofits could and should be playing on. What happens in the federal and state tax structures affects everything we do—directly, through a panoply of incentives and disincentives for achieving public policy goals, and indirectly, through the impacts of tax policies on the families and communities that we serve.

The nation is on an unremitting path toward changing the structure of taxes; the challenge is in figuring out what we can and should do within that dynamic. We are advancing two messages here: 1) We must be actively and intelligently engaged in the nation’s fiscal debates if we are to be taken seriously in the larger dialogues of our times; 2) tax structures, tax reform, and tax equity are the important game right now in determining the nation’s economic future. We cannot opt out of the arena, but before we enter the fray we have to be smart about the issues and facts. Toward that end, we hope the articles that will be published at NPQ online on this topic gives you some of the information and analysis necessary to craft and advocate for a nonprofit vision of an improved national and state tax design.