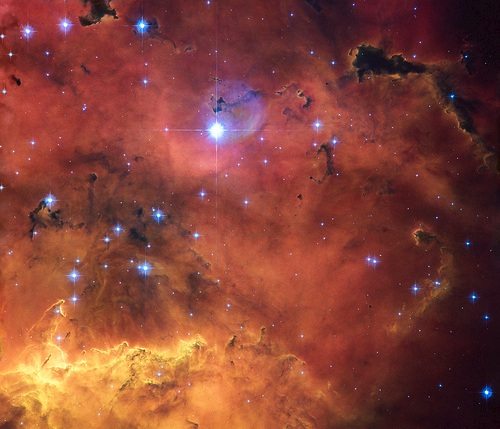 The most recent edition of our print journal the Nonprofit Quarterly focused on the moving target of nonprofit governance. The target is moving not only because ideas and practices in governance are shifting more generally but also because many nonprofits have, frankly, been lazy thinkers where governance is concerned. This has led to an overdependence on prescriptive norms, a general lack of attention to research, and a dearth of real creativity aimed at a powerful endgame. In recognition of this intellectual logjam, for ten years NPQ has collaborated with the Midwest Center for Nonprofit Leadership to sponsor a conference that brings academics and practitioners together. The conference’s mission is to discuss the theoretical frameworks in relation to the realities of nonprofit governance and the questions we see as needing further exploration. This special edition of NPQ reflects for the most part a combination of papers delivered and ideas explored at the conference over the last decade. It is in no way definitive but rather a stop along the way to refining governance practices to make nonprofits even more powerful and effective than they are now.

Why Won’t My Board Fundraise? I’m Dizzy! Why Won’t the World Stop Turning?

Here is a thought: maybe for most nonprofits the board will not, after all, be your fundraisers— but your governance system will! And, just in case you don’t get the point, we are talking less about getting your board to fundraise than about entreating you to consider transforming your nonprofit governance system so that it actively honors, informs, supports, amplifies, vivifies, and expands the work of the organization. The work of governance includes—but is hardly limited to—fundraising. And, arguably, if you do not use the governance system writ large in ways that demonstrate that you value your community of stakeholders for things other than their cash, they may be less likely to fund you—or recommend you for funding by others.

The Definition of Insanity: Trying to Fire Up the Edsel

It has been the case for many decades now that when you ask people in the nonprofit sector about their major issues with their boards, the response is an embittered collective whine about the unwillingness of board members to take on fundraising for the organization. Some organizations, do, of course, have one of those boards—filled with billionaire hedge fund managers willing to make use of their financial and social capital on behalf of the organization. But this is generally not what most of our boards look and act like. In fact, Francie Ostrower’s groundbreaking study, based on a survey of board practices (see Adding a Few More Pieces to the Puzzle: Exploring the Practical Implications of Recent Research on Boards in this issue), found that only 29 percent of boards are active in fundraising. That doesn’t stop us from trying to re-create our board in the revered image of symphonies or the Harlem Children’s Zone. We keep expecting this old car to start, when it was an Edsel—at least for most of us—to begin with.

It is not entirely the fault of practitioners, who have been trying for years to tinker here and there in hopes that the vehicle will finally spark up and get on the highway, somehow becoming fully capable of negotiating the passing lane; they have been assured by salespeople that it will easily do at least a reasonable sixty-five miles per hour if they just keep at it. These salespeople include governance consultants, whose business model is based on a set of antiquated formulas, some of which flat-out do not work for many nonprofits.

Here is one of those formulas: People with connections to money on your board = a healthier budget. Of course, you are told, you have to work the whole system right—and that, it seems, is where it all falls apart . . . or is it?

In 2003, Bill Ryan, Richard Chait, and Barbara Taylor wrote an article for NPQ titled “Problem Boards or Board Problem?,” in which the authors suggested that if the current structures and concept of the board are not working for so very many, perhaps it is less about a mass generalized dysfunction than about the fact that the basic precepts underwriting the governance systems of nonprofits are not accurate with respect to what we want them do.

There are some real indicators that the latter may be the case. David Renz and Robert Herman surveyed sixty-four human service organizations in 1993, and then again in 1999. The nonprofits were sorted into two groups: those more dependent on earned income (“commercial organizations”) and those more dependent on contributed income (“donative organizations”). When the authors examined the relative levels of prestige of their boards, they found that the commercial organizations began with fewer influential members than did the donative organizations, but both groups increased the prestige of board members at approximately the same rates:

So, the advice sounds rational, but following it simply does not work for some types of organizations, and, in fact, has an adverse effect even on just the budget. We printed the above a decade ago, but probably every twenty-two seconds or so a poor nonprofit somewhere is being given the advice about recruiting for prestige. As Ryan recently joked, the “nonprofit governance industrial complex” is no small force.

Beam Us Up, Scotty—We Need to Rethink the Vehicle

While many boards are still trying to get on the highway, others have engineered ships built for and fueled by close encounters with constituents. Okay, we know we are mixing our popular metaphors, but a growing number of organizations have realized that if they want to keep people attached to them—energy and treasure and all—they must ensure they are listening and responding to, and even providing common space for, those people who feel that they have an interest in the organization to talk with one another. This large pool of advice and energy and cash does not replace other governance or fundraising approaches, but it adds to and changes them. It increases our power and accountability all at once.

Again, as we said at the beginning of this article, boards and governance are not the same thing. Boards play a part in your system of governance, but they are not the be-all and end-all by far. Many are in charge of telling nonprofit leaders what to do: regulators, funders, your community of beneficiaries—even their friends and families. Thanks to the wonders of the