What Can Nonprofits Learn from Comic-Con? 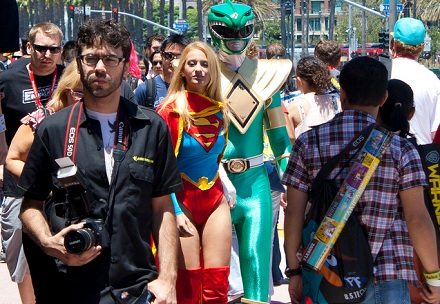 In Foreign Policy magazine, Daniel Drezner asks what the world’s political wonks can learn from Comic-Con. Given all the directives for nonprofits to innovate, innovate, innovate, couldn’t the same question be asked on behalf of the nonprofit sector? What can the gamers and zombies and artists and cosplayers who attended this year’s Comic-Con convention teach us?

Comic-Con, a 501(c)(3) located in San Diego, Calif., gets it. Its revenues have been growing at roughly a million dollars a year, topping $10 million on its 2009 990 for the fiscal year ending August 2010. Based on the list of sponsors of the convention, Comic-Con knows how to work the corporate sector, with AMC, HBO, Walt Disney, Showtime, Sony, and NBC supporting the festivities. The program included panels on progressive politics in comics (with a panelist from AlterNet) and issues of censorship of women (sponsored by the Comic Book Legal Defense Fund) along with the expected sessions on steampunk, “The Walking Dead,” Silent Hill, Resident Evil, and Watchmen.

Drezner found lessons for policy wonks in the dynamics and attitudes of the Comic-Con attendees—a nostalgia for an older, better America; a new openness to diversity beyond white males (including something close to gender balance, increasing minority participation, and the “powerful presence” of the disabled); an acceptance, according to Drezner, of bureaucracy and surveillance; and “tiny pockets of innovation everywhere…pockets of brilliant stuff littered around the place.”

Amidst the dystopian and often anarchic views of society evidenced in Alan Moore’s V for Vendetta (which gave rise to the frequent donning of Guy Fawkes masks by Occupy protesters and Anonymous hacktivists) and the Watchmen, there are story lines in some modern comics that might give Drezner’s wonks a less positive take. Writing for the Independent Voter Network, Lauren Moore observes that some comics, like Batman and others, glorify individual, extra-legal vigilantism—a behavior that prosecutors will likely argue reached its nadir recently in Trayvon Martin’s death, allegedly at the hands of George Zimmerman, who a lawyer for Martin’s family has called a vigilante. Moore discusses six citizens in Seattle who have taken to wearing superhero costumes and fighting crime as the self-styled characters Urban Avenger, Mr. Xtreme, Pitch Black, Knight Owl, Ghost, and Phoenix Jones.

This form of citizen initiative might well give many NPQ readers qualms, but is it worth paying attention to? Well, more than 130,000 people attended Comic-Con this year. When did a nonprofit conference you know about draw a crowd like that?—Rick Cohen