What Does the New York Stock Exchange Have to do with Nonprofit Transparency? 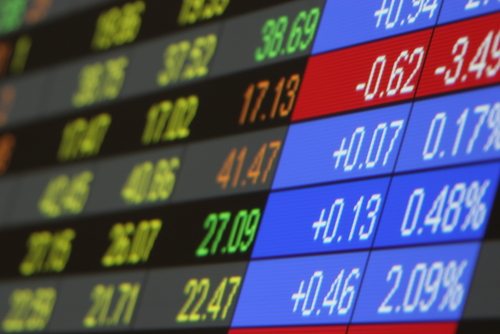 What does a $5 million fine paid by the New York Stock Exchange (NYSE) have to do with issues of nonprofit transparency? Plenty, if the question is, what is the purpose of transparency?

According to the Washington Post and the Associated Press, the NYSE has been providing certain favored customers real-time market data before providing it to the public – as it is required to do by law and regulation. It has been consistently abrogating its legal obligation to provide fair access to market information since 2008 (the practice apparently ended in mid-2010).

The lag time was somewhere between milliseconds or multiple seconds, according to the Securities and Exchange Commission. If you know how the market works, then you know that there are the big institutional traders who have computerized programs and pre-programmed algorithms to make trades as soon as information is made available. According to Robert Khuzame, director of the SEC’s enforcement division, “Improper early access to market data, even measured in milliseconds, can in today’s markets be a real and substantial advantage that disproportionately disadvantages retail and long-term investors.” This was the first-ever SEC fine imposed against an exchange.

It was a technology glitch, says NYSE Euronext, the parent company of the NYSE. There was no intentional wrongdoing in providing certain customers with a head start on trading for more than two years, they say. However, the SEC pointed out that the NYSE somehow deleted computer files that contained information about the specific occurrences and durations of delayed transmission of market data except to those insider traders.

OK, bad NYSE, bad, bad NYSE. But what does that have to do with nonprofits? In a way, plenty. The institutions and players with money can obtain information that the rest of a sector – any sector – can’t. In this case, it was the NYSE providing public access information a little quicker to big institutional players, but it was public information nonetheless.

Similarly, in the nonprofit sector, there is the problem of the big political donors to 501(c)(4) social welfare organizations. These donors have turned American elections into a casino for moneyed players. The big donors raise or lower the odds by how much money they are putting behind various candidates – and the public doesn’t get to know who these manipulators are, because their names and donations are kept secret under the donor confidentiality standards that apply for 501(c)(4)s and to 501(c)(3) public charities.

Don’t be fooled, however. The big political fundraisers generally know who gives to whom just like in charitable fundraising where top flight fundraising consultants generally know who gives what. There’s an insider’s game afoot when it comes to access to information. Even publicly accessible information is rarely made available in an easy or useful format, making the role of translators and aggregators such as Guidestar and the Foundation Center crucial and, in the instance of their premium services, pricey.