When It Comes to Ebola, Listen to Nurses 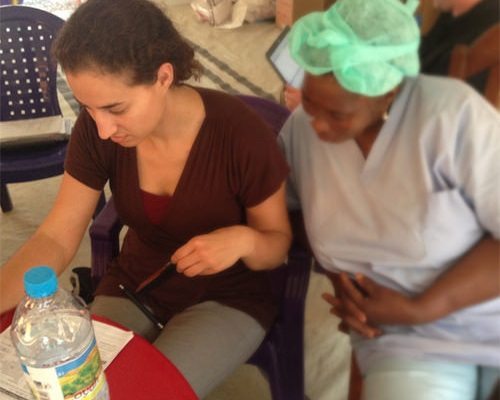 The Obama administration’s response to the Ebola crisis has become less reliable and trustworthy over time. The queue of officials from the Centers for Disease Control and the National Institutes of Health appearing on national news programs seems to have led to continuing, though changing, messages about controlling the spread of Ebola, messages geared in large part to reduce apprehensions that the pandemic might spread out of control. Little, however, can be done by the well-coached government representatives to explain away what happened in Dallas: the miscues at the Dallas hospital that initially dismissed and then treated Thomas Eric Duncan, who came to Dallas from Liberia and eventually died after contracting Ebola; the treatment of the family he stayed with; the troubled “contact tracing” of people he might have interacted with; and the amateurish hazmat cleaning of their apartment. The new policy of screening at U.S. airports passengers from three West African countries, adopted after official assurances that Ebola-carrying passengers were unlikely to make it to the U.S., is of very limited practical utility, but will make Americans feel better as though something more aggressive is being done to reduce the likelihood of more people like Duncan coming to U.S. cities.

Even there, the administration’s attempts to mollify the public have had trouble with consistent messaging. Predictions had been that there were only about 150 passengers a day coming from Guinea, Sierra Leone, and Liberia coming to the five U.S. airports where the screening is scheduled to occur, but with the start of testing at JFK Airport in New York, 91 passengers were immediately tagged as having a risk of Ebola, though none immediately tested positive.

The latest government response to the Ebola crisis is somewhat worse than the PR approach that has been deployed and is not working particularly well. With the news of the infection of Nina Pham, a nurse who contracted Ebola in Dallas due to having been one of the more than 70 medical personnel who treated Duncan, CDC director Thomas Frieden blamed a “breach of protocol,” a statement that seemed to imply that the nurse herself had somehow been responsible for contracting the disease, perhaps while removing her protective clothing. The protocols for protective clothing have been frequently demonstrated as difficult, confusing, and potentially inadequate and misdirected, but that hasn’t been the message from the CDC. Blaming the unfortunate Dallas nurse has been.

More believable than the administration and its doctors are, to our mind, nurses, and we have been particularly impressed with National Nurses United, the union that has been forthright on a number of issues (including speaking out on the health impacts of the Detroit water shutoffs and advocating for the enactment of a “Robin Hood tax”) and is now speaking out on the Ebola crisis and raising questions about the safety protocols. As the frontline of the response to Ebola treatment, nurses count, and we should not ignore their voices. In response to Frieden’s comments, Bonnie Castillo, the director of the NNU’s disaster relief unit, chided, “You don’t scapegoat and blame when you have a disease outbreak.”

“There is no standard short of optimal in protective equipment and hands-on-training that is acceptable,” said RoseAnn DeMoro, NNU’s executive director in a press release. “Nurses and other frontline hospital personnel must have the highest level of protective equipment, such as the Hazmat suits Emery University or the CDC themselves use while transporting patients and hands on training and drills for all RNs and other hospital personnel, that includes the practice putting on and taking off the optimal equipment.”

Frieden subsequently apologized for his apparent blaming-the-victim statement, but the NNU critique clearly has had its impact. The CDC said it is rethinking—once again—its Ebola strategy, given that the infection has reached a U.S. healthcare worker. While the CDC is rethinking, Marc Zuckerberg announced—on his Facebook page, naturally—a $25 million donation to the CDC Foundation to “help the frontline workers in their heroic work.” That follows the $50 million donation from the Bill & Melinda Gates Foundation to fight Ebola.

Maybe some of that funding might get the CDC to get off the soft-soap PR strategy and start listening to frontline nurses about what needs to happen to minimize the risk for further transmission of Ebola.

POSTSCRIPT: Today, a second nurse who tended to Thomas Eric Duncan at Texas Health Presbyterian Hospital has been diagnosed with Ebola. The announcement garnered a detailed and chilling statement from a spokesperson from National Nurses United, based on interviews with nurses at the hospital, detailing how unprepared and uncoordinated the hospital was. The statement cited “constantly changing protocols at the hospital,” saying that Duncan was kept for hours in a unit with other patients for hours until a nurse supervisor intervened and demanded he be moved to an isolation unit (despite resistance from hospital authorities), that nurses were told to cover exposed parts of their bodies (such as their neck areas) with permeable tape, and hazardous materials covered with Duncan’s fluids piled up with no one available to remove them.

The hospital responded with a statement that is hard to describe as anything but a non-response, citing the annual training it offers on infectious diseases, its 24-7 hotline, and “other mechanisms that allow for anonymous reporting.” In this instance, once again, National Nurses United is doing the heavy lifting in telling the public what is really going on, compared with the confusing, contradictory, and constantly changing stories from the CDC and the hospital.—Rick Cohen