Why Have Nonprofits Fizzled on the Sequester? 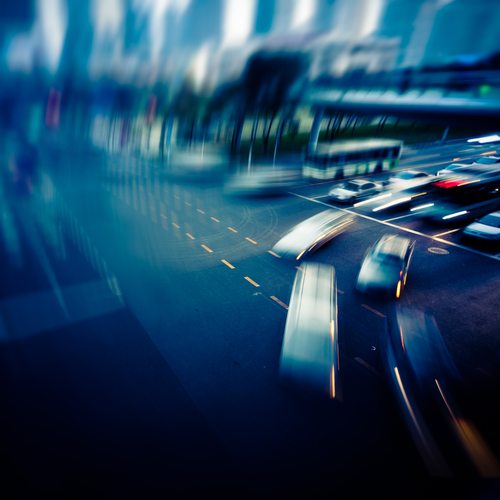 While they were on vacation earlier this month, members of Congress undoubtedly heard plenty about the impacts of the budget sequester in local communities. If press coverage is any gauge, the public outcry focused on July 4th celebrations—reduced or cancelled fireworks and military flyovers. That might be enough to goose Congress into action to forestall the second year of the sequester that will start in October. It certainly hasn’t been the pain of the sequester felt by nonprofits and the communities they serve. Somehow, the nonprofit message on the sequester has felt like less than the sum of its parts…a crisis of federal budget cutbacks that, while real, have not manifested themselves in a way where nonprofits could tell a compelling, empirically factual story.

Some organizations have been regularly monitoring the sequester and calling to the public’s attention the effects of the cancellation of $85 billion in federal expenditures in Fiscal Year 2013—spread over only seven months of the fiscal year, rather than 12, due to the enactment of the American Taxpayer Relief Act of 2012, which started the sequester clock for the year as of March 1st, making the effective percentage reductions for non-exempt nondefense programs approximately 9 percent. A 501(c)(4) with close links to the Obama administration, the American Bridge 21st Century Foundation, has a website called C-quest that has been collecting stories about the impacts of sequestration around the nation, covering any issue from poverty to defense that might be feeling the brunt. Progressive columnists and pundits such as Jared Bernstein at the Center for Budget and Policy Priorities and Nation writer Greg Kaufmann for Bill Moyers’ webpage, as well as the Coalition for Human Needs, have also been compiling sequestration stories, many of them involving nonprofit providers.

The significance of the sequester in general, and specifically to nonprofits, doesn’t seem to have gelled the way one would expect in response to the legislatively enacted promise of ten years of indiscriminate, across-the-board cuts in federal discretionary spending. There are several plausible explanations of pieces of the sequester non-story. Some of them result from the way the sequester has been rolled out by the federal government, and some from how the nonprofit sector itself has communicated its needs and priorities.

The realities of the sequester, with the first year about to end and the second soon to start, do not seem to be prodding Congress to take any action to reverse course, perhaps owing to the strength of the economy withstanding and other macro-factors. But for nonprofits, the problem is that the sector’s message on the sequester has been confused and sometimes counterproductive. As Congress staggers toward October with the reality of a second year of the sequester, the nonprofit sector has to rethink its approach and initiate a campaign that makes sense to take on the sequester, whose inertia seems likely to continue past a relatively sequester-inert Capitol Hill. This is our suggested prescription:

Step 1: Rather than compiling anecdotes, nonprofit sector leadership organizations have to conduct a deep, thorough, but fast analysis of what the sequester has meant to the nonprofit sector in Year One and what it will mean in Year Two. It’s time for some number-crunching to articulate the overall meaning of the sequester, to explain that the impacts are more than the individual stories, that the sum of the parts is harmful to people in need. If it means raking a few agencies over the coals for their inadequate and incoherent manner of explaining what they were doing to implement the sequester, then do so. Agency by agency, program by program, merge the number-crunching and the storytelling to explain what a second year of the sequester will do.

Step 3: It’s also time to develop some guts around the U.S. military machine. Why the nonprofit sector has virtually rolled over on military expenditures is simply unfathomable. A nonprofit sector strategy that says that federal budget cuts could take much more out of the Pentagon and save much more on the domestic side of the budget is not unreasonable. A coherent nonprofit sector strategy could do what Congress and the White House seem unwilling to do even with the wind-down of warfare in Iraq and Afghanistan: design a peace dividend that will turn the investment this country has made in the military into investment it should make in domestic programs, in community infrastructure, in education, and in healthcare.

Step 4: Turn the budget into a campaign item. The nonprofit sector’s litmus test for federal, state, and local candidates should be their commitment to protecting domestic spending and bolstering the social safety net. In a nation of increasing racial and economic disparities, often reflected in distressed conditions in urban neighborhoods and rural towns, the members of Congress who represent those districts should be called to account, not about what they would do if somehow an ephemeral change in the charitable deduction were to be considered some years hence, but what they are going to do to redress conditions in the social safety net programs that have been gored and will be further gored by the sequester.