Will Mayor Bloomberg Make NYC Churches Pay to Have their Garbage Collected? 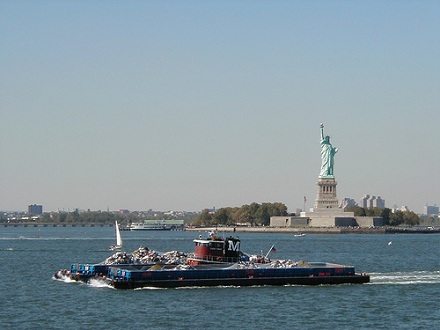 If Mayor Michael Bloomberg’s approved budget has its way, you can add New York City to the roster of municipalities searching for ways of tapping nonprofit property owners for tax revenues. Tucked into the $68.5 billion budget that Bloomberg presented to the City Council, and the Council approved, is a plan to charge tax-exempt property owners, including apparently religious institutions, a fee for garbage collection.

As the NPQ Newswire has pointed out before, municipalities are doing their utmost to “unbundle” the functions that might be paid for by property taxes—which tax exempt owners legally don’t have to pay—and convert them to user fees or charges which could be applied to property owners regardless of their nonprofit tax status.

In a move that doesn’t really surprise us, a number of the members of the Council are complaining that they didn’t approve this measure, even though it was there in the budget they passed. “I don’t see how they could have snuck this into the budget—we surely did not agree to this,” argues Councilman David Greenfield, a Brooklyn Democrat, the sponsor of a new bill to prevent the City from charging the trash tax.

It doesn’t look like a provision that merits the verb form “snuck.” The Department of Sanitation proposed last year to institute a garbage collection fee in part to incentive property owners to recycle. It appears that the fee, included in the mayor’s budget, was reasonably well discussed and scheduled to go into effect this fiscal year.

The complaining members of the Council say they are concerned about the impact of the fee on small nonprofit property owners and on religious institutions, though The Wall Street Journal doesn’t make clear whether the Council members would distinguish between large and small churches the way they appear to be willing to distinguish between large and small nonprofits for the purpose of applying the fee.

A spokesperson for the mayor’s office told the The Wall Street Journal that the city is still committed to the trash fee in order to “help the city double its recycling rate and decrease the amount of trash entering landfills,” but he intimated that City Hall could review and refine the trash tax proposal. It does appear that the Mayor’s office will need authorizing legislation if the trash tax is going to stick.

Expect a modification here for smaller property owners and probably an across-the-board exemption for churches. (Can you imagine the city maintaining the tax for mainstream denomination churches but exempting the small storefront churches of alternative religious groups?) But the members of the Council appear to have missed the connection between the Sanitation Department’s last full year of surveys and notices about the trash tax and its likely appearance in the mayor’s budget—that they approved.—Rick Cohen