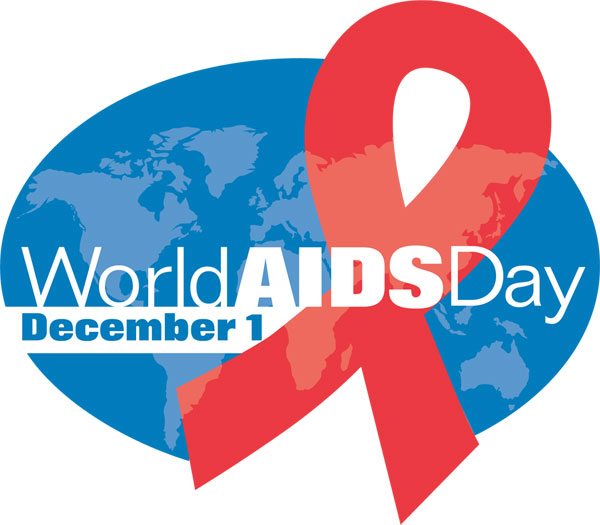 As of 2017, AIDS has killed between 28.9 million and 41.5 million people worldwide, and an estimated 36.7 million people are living with HIV. AIDS is one of the most devastating global public health crises in recorded history, but improved treatment has decreased the death rate since its peak in 2005.

World AIDS Day is recognized on the first day of December. Since 1988, state leaders such as President Trump, government health officials, NGOs, and concerned individuals use this occasion to promote HIV/AIDS awareness, prevention, and control. It is one of only eight official global public health campaigns mandated by the World Health Organization’s (WHO) Member States. Each year, World AIDS Day has a theme. The 2017 theme is “My Health, My Right.” The theme for the inaugural year was “Communication.”

In his role as a international leading voice on HIV/AIDS, Public Broadcasting Atlanta interviewed Twesigye Jackson Kaguri. Kaguri was born and raised in a small village in western Uganda. While earning an undergraduate degree from Makerere University in Kampala, he co-founded a human rights organization. Kaguri graduated from Columbia University’s Institute for the Study of Human Rights in 1996. His brother died of AIDS in Uganda that same year; his sister died of AIDS a year later. For Kaguri, understanding at a very personal level the immense global impact of AIDS makes its sidelining as an issue in the US unconscionable.

Kaguri believes there still is not enough communication about this ongoing crisis and that World AIDS Day is not nearly enough to fill the silence.

Many countries still don’t talk about infection rates in their countries. South Africa [where 19 percent of the adult population is HIV-positive] still has leadership that denies HIV/AIDS is a problem, like former President Thabo Mbeki. And [in 2006, former President] Jacob Zuma was caught sleeping with a prostitute. When they asked him if he was worried about contracting HIV/AIDS, he said, “Oh no, I took a shower after we had sex.” The country has put a blanket over its head when it comes to HIV/AIDS.

Kaguri and his wife eventually returned to the US to raise money to establish a free school in the village, which they opened in 2003 for 56 students. Today, the Nyaka AIDS Orphan Project consists of two primary schools and a secondary school serving 800 mostly HIV-positive orphans, and farms to help feed the students. The organization’s “Grannies Project” provides 43,000 orphans without homes a place to live with 7,314 older women who lost their own adult children to AIDS. These efforts cannot be sidelined.

Along the way, Kaguri was featured in TIME’s “Power of One” series, co-authored his story in The Prince of Stones, was named a 2012 CNN Hero, blogged at Huffington Post, and received many other honors. On World AIDS Day 2016, the documentary Cornerstone (trailer here) about Kaguri and his initiative, produced by Caring for the World Films, premiered in Uganda and at the United Nations. The documentary remains a primary awareness tool today. Though Kaguri resides in East Lansing, Michigan, since 2010, he has served full-time as the executive director of the Nyaka AIDS Orphan Project.

Do you think World AIDS Day brings enough attention to the disease?

No…World AIDS Day doesn’t have a big platform like cancer. And more people die of HIV/AIDS around the world than cancer. The month of October is dedicated to breast cancer awareness. You see big NFL players wearing pink. Delta puts pink ribbons on their airplanes. It has big corporate sponsors like Pepsi. My wife told me: “You guys have got to do a better job of marketing.”

What would a perfect World AIDS Day look like?

In a perfect world, all the media outlets would cover it and talk about how the disease is treatable, show ways people can [show] support. There will be basketball games on December 1st—in honor of Magic Johnson—and everyone would wear a red ribbon.

NPQ writes often about communications and its attendant disciplines such as branding, including the exemplary HIV/AIDS awareness building efforts of David Bowie. NPQ has also reported on the limitations of marketing, especially in the face of global threats. Clearly, nothing will satisfy Kaguri until HIV/AIDS is a memory. Meanwhile, we are all responsible for doing our parts in advancing our respective causes with the tools and resources we can summon with stubborn, smart, and impatient insistence.—Jim Schaffer