A Nonprofit, a State Senator and Horses: Bad Ethical Combo 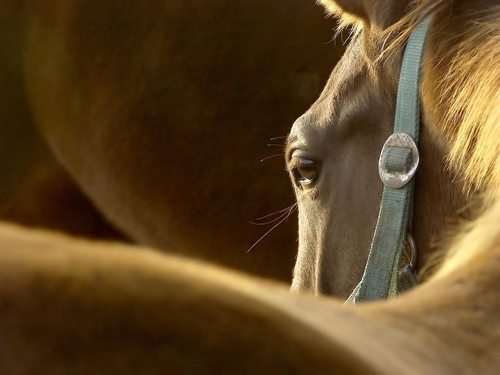 In 2002, Ohio State Sen. Chris Widener (R-Springfield) co-founded the nonprofit Ohio Equine and Agricultural Association. In 2008 and 2009, he helped the organization out with legislative actions that reportedly enabled the organization to get out of a big financial hole. According to the Dayton Daily News, he also had a financial interest in the nonprofit, in that he was among one of seven community members who guaranteed its construction loan.

In 2008, Ohio Equine reportedly faced $413,877 in unpaid taxes and penalties on its Champions Center at the Clark County Fairgrounds stemming from its signature of a 2003 lease that made the nonprofit responsible for all tax payments on the facility. That year, Widener voted for a bill that extended property tax exemptions to leaseholders as well as property owners, which helped Ohio Equine.

While there is no indication that Widener crafted the 2008 bill, in 2009, Widener added an amendment to the state’s budget bill authorizing a bed tax in Clark County, from which Ohio Equine wound up receiving $412,890. Beyond being a co-founder of Ohio Equine, Widener was listed as a member of Ohio Equine’s board, although there appears to be some confusion as to when his board service ended. The Dayton Daily News reports both that a.) IRS filings show that he was on the board from 2004 to 2010 and that b.) he “resigned from the board on May 1, 2009, a month before legislative action on the state budget bill, which included the Widener-introduced amendment paving the way for the lodgings tax.” Widener says that he was assured that he wasn’t violating legislative ethics.

There’s a slight problem here. Widener wasn’t only a founder of Ohio Equine and a promoter of the Champions Center. He had a financial interest. His architectural firm helped design the facility and managed the construction process, which, Widener tells the Dayton Daily News, delivered 5.7 percent of the construction costs to Widener’s firm. Widener was also, according to the Dayton Daily News, “one of seven community leaders who personally backed a $4 million construction loan with Security National Bank and Trust.” Their guarantee would have been called if Ohio Equine hadn’t been able to pay back the loan, but revenues from the Champions Center plus the resources generated by the bed tax seem to have helped in that department. The newspaper reports that Widener didn’t reveal either his Ohio Equine board membership or the loan guarantee in his official financial disclosure statements required by the state legislature.

Ohio Equine was hardly the only beneficiary of the two bills mentioned above. Other leaseholders got tax exemptions as a result of the 2008 legislation, which passed unanimously. The bed tax for Clark County certainly helped Ohio Equine, but it wasn’t the only tourism-related outfit to benefit from it. Whether Widener’s actions were legal or not, his lack of full disclosure is certainly questionable. In any case, there is enough here to remind nonprofits that the benefits of some involvements with political leaders can be undone when they fall prey to the siren song of conflict of interest, whether in appearance or in fact.—Rick Cohen