Activists Push for Ouster of David Koch from Board of WGBH 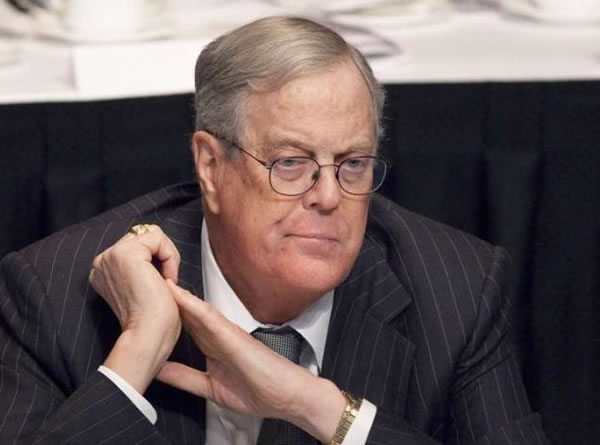 NPQ has written previously about questions concerning the conservative Koch brothers and public broadcasting station WNET. At the time, we noted that David Koch sat on the board of WGBH in Boston. Now, environmental activists are calling for his ouster from the board, saying that they have more than 70,000 signatures on a petition, which they say they will bring to this week’s board meeting, and that Koch funds efforts to “mislead the public about climate change.” Emily Southard of Forecast the Facts declares, “That’s completely incompatible with an organization like WGBH, which is dedicated to public education.”

Koch has donated $18.6 million to WGBH since 1982 with $10 million of that going to NOVA, the program that reports on science. The petition argues that the size and consistency of his contributions could influence programming and cause WGBH to commit acts of “journalistic self-censorship.”

“We want WGBH to be making decisions on how to best serve the public interest without having to deal with these conflicts of interest,” said Brad Johnson of Forecast the Facts.

Among the protestations of independence were some revealing statements about Jason Talbot, who just ended a stint as co-chairman of WGBH’s community advisory board. He said, “For me, personally, it’s business and, to me, funding is very difficult to come by. If I was to choose between taking funding from a guy like that and not having NOVA, I would prefer to have NOVA.”

Koch did resign earlier this year from the board at New York’s PBS affiliate, WNET.—Ruth McCambridge