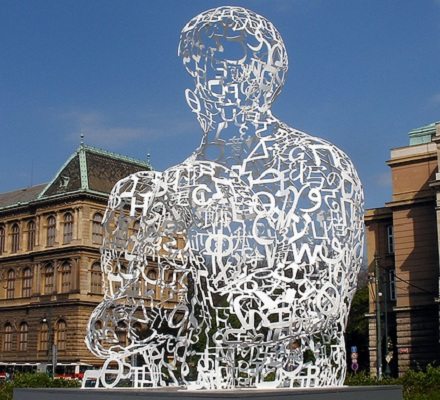 Is it time to rethink the scope of transparency and disclosure in the nonprofit and philanthropic realms? We think it is, but warning signs abound if law and regulation mandate more transparency.

Arguments Against Increased Disclosure and Transparency

If we were to widen the boundaries of mandatory disclosure in philanthropy, we’d scare away donors from giving to unpopular causes. They might be frightened by the potential criticism and exposure that they could garner from critics when their names are splashed across the pages of local and national newspapers, thereby compromising donors’ privacy and free speech rights.

Opponents of expanded transparency remind us of the 1956 case of NAACP v. Alabama, in which the U.S. Supreme Court ruled in favor of the NAACP. The Alabama state government had demanded the NAACP’s full membership list in order to verify its qualification as an out-of-state corporation authorized to do business in the state, but it was an all-too-obvious effort to attack the NAACP after the Montgomery bus boycotts. The court ruled that the Alabama state government’s requirement, applied only to the NAACP, would have violated the First Amendment free speech and free association rights of the NAACP members.

Opponents of expanded nonprofit and philanthropic transparency also raise questions of practicality. If you demand more transparency, where does the line get drawn? What about a nonprofit’s or foundation’s inner workings becomes “public” if transparency is expanded?

And they ask, isn’t private charity and private philanthropy essentially just that—private? In this perspective, the public has no specific right to demand increased transparency from entities that are created and capitalized by the willingness of private individuals to pay from their pockets to support nonprofits’ good works.

Arguments for Increased Disclosure and Transparency

Should nonprofits and foundations be concerned that there is an agenda afoot to make nonprofits as “open” as government under various “right to know” or “freedom of information” laws? We don’t think so. That said, some parties do have a “right to know.” Consider corporate shareholders. Remember the virtually annual debates (that have faded in recent years) regarding legislation that would have required corporations to reveal all of their “charitable” donations, not just grants through their corporate private foundations? The opposing argument floated by national nonprofit infrastructure organizations was that compelling corporate philanthropic disclosure would dissuade corporations from engaging in productive, positive community philanthropy.

As should be evident from recent efforts to track corporate donations to entities such as the American Legislative Exchange Council (ALEC) and the Heartland Institute, corporations often semi-secretly fund these organizations to carry out agendas of the corporate sector’s liking without having to be officially or explicitly revealed as having paid the freight. It took an internal leak for the public to learn about 19 publicly traded corporations, including a couple that had been receiving TARP subsidies, behind the Heartland Institute’s climate change denial program. In many cases, even corporate shareholders don’t know which 501(c) organizations are the beneficiaries of corporate charitable largesse, necessitating shareholder actions to eke out scintillas of information that shareholders have a right to know.

First, let’s rein in the scope of the demand for transparency. Fundamentally, what some members of the public are asking for is more transparency as to who is giving the money. Consider the new requirements being examined in New Hampshire and Connecticut for increased disclosure of donors to 501(c)(4) social welfare organizations and 501(c)(6) business trade associations. The proponents of the laws are arguing for disclosure of who is paying for the political speech of electioneering nonprofits. It isn’t an effort to restrict their free speech, but to know who is doing the speaking under the camouflage of a 501(c) tax-exempt organization. The issue is like the tenet of the fictional sports agent Jerry Maguire: “show me the money” if you want to know what’s really going on.

Second, let’s dismiss the notion of purely private philanthropy. Donations to 501(c)(4)s and (c)(6)s do not qualify for charitable tax deductions. Are they therefore less public? Not all that much. If these were donations to a political action committee or a candidate or party’s election machinery, they would be subject to public disclosure. Increasingly, the “social welfare” functions of 501(c)(4) organizations are next to impossible to define, much less pinpoint with precision, and some of these organizations even categorize their political electioneering as social welfare programming. There may be a logic in creating tax-exempt entities to do all but campaign-oriented election advertising, but the notion that their expenditures need to be secret is untenable.

Third, let’s recognize that, increasingly, interests are seeking the anonymity and secrecy of 501(c)s not because they are concerned about the blowback of criticism for their support of unpopular causes, but because they don’t want the public—and often lawmakers themselves—to know who is pulling the strings behind political causes. The disclosure regimen mandated by the Bipartisan Campaign Reform Act promoted by Sen. John McCain (R-Ariz.) and former Sen. Russ Feingold (D-Wis.) is a shambles, undermined by the ability of political donors to choose anonymity when it suits their purposes in unleashing massive amounts of capital to affect political discourse. In the wake of the Valeo and Citizens United decisions, the very, very rich are hiding their manipulation of the political process by hiding their money in nonprofits protected from donor disclosure. To equate big money with free speech is roughly equivalent to the notion of corporate personhood. Big political donations from the Koch Brothers or the Soros family are not the equivalent of the free speech that the bulk of Americans cherish through the First Amendment of the U.S. Constitution.

Moreover, public entities are opting to create private charitable instruments for reasons that have less and less to do with charitable giving and more to do with removing governmental decision-making from the public arena. As newspapers around the nation have learned in struggles to obtain information, the private foundation arms created by some public universities may be mechanisms to attract charitable donations, but they are also tools for insulating some activities from public oversight.

This isn’t an entirely new scheme. Public entities creating and controlling ostensibly private nonprofits is reminiscent of political candidates’ ability, under the guise of plausible deniability, to somehow coordinate with nominally “independent” political committees. Whether such an approach is taken up by state governments, public universities, or local government, in each case, the result is a diminution of the public’s ability to know who is doing what with which resources.

Is the Trade-off Worth It?

Increasing public disclosure has become a matter of shoring up the condition of American democracy. The 501(c) sector is increasingly used by high rollers to hide the extent of their influence and control over the electoral process, and is being used by some levels of government to remove public activity from public oversight.

Is it time in our society to call for a new scheme of increased transparency and disclosure in the nonprofit and philanthropic sectors? I believe it is. It will mean that the nonprofit sector will have to cede some of its long held privileges concerning confidentiality of donors and donations, but the time has come for it. At some moments in history, one must be willing to accept a limitation on some right or privilege in order to promote a greater good. Letting more sunlight into the political system—by limiting the ability of the moneyed classes to use charity, philanthropy, and nonprofits as their ticket to secret influence and control—is warranted.

It is a tradeoff for the sector, much like the debate over possible restrictions on charitable deductions. How much is the sector willing to forego in order, one hopes, to achieve a greater good? For example, is accepting a cap on charitable deductions worth it for comprehensive health care reform and job creation, as President Obama has repeatedly linked the latter two initiatives to his proposal for the former?

The calculus that the nonprofit sector has to make involves factors such as whether the new government revenues would really go to the intended, socially productive purposes, whether the positive benefits of increased government expenditures on health care and jobs would be more positive than letting the nonprofit and philanthropic sectors allocate those resources, and whether focusing on health care and jobs outweighs other charitable activities such as the arts, youth services, or scientific research that might otherwise have been pursued had those dollars stayed in the charitable sector. It is similar regarding transparency. Will increased transparency and disclosure generate societal benefits that outweigh what the nonprofit sector has to give up?

Just as McCain-Feingold led to an array of subterfuges of campaign finance disclosure, we have no assurances for suggesting that increased disclosure in charity and philanthropy won’t result in the best and brightest of the legal and accounting professions devising creative means of circumventing the intent of new disclosure regimes. Still, we think it is worth trying, because our nation needs more rather than less disclosure, particularly when it comes to the manipulative control of big money interests. Here are the Cohen Report’s recommendations for a new regime of transparency and disclosure in the nonprofit and philanthropic sectors (in no particular order of priority):

The Consequence of Inaction

The recommendations above are limited to the role of the nonprofit or tax-exempt sector in American democracy. It is true that the nation must guard against the exploitation of increased disclosure, such as repeats of what Alabama—and several other southern states as well—tried to do to the NAACP during the 1950s to silence the protests of African Americans for basic civil rights. But the secret financing flowing to and through some elements of the nonprofit sector is just as destructive to the American polity, except unlike Alabama’s past ham-handed attempts, it is widespread, secret, pernicious, and increasingly part and parcel of modern American political practice. It is time for the nonprofit sector to stand up and stop being the handmaiden to the special interests that manipulate the U.S. political process through secret financial transactions.