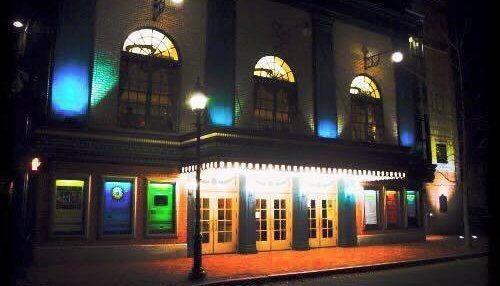 NPQ has observed a dynamic in certain types of local arts organizations that can sometimes wind up in extended organizational disruption. The dynamic seems to flow from public-private collaborative agreements that may work well in the short term but fail to produce a strong organization in the long term.

In Dover, Delaware, this dynamic is playing out at the Schwartz Center for the Performing Arts, which is located in an historic theater co-owned by Wesley College and Delaware State University. Last week, the leaders of the city and those two institutions met to figure out how to maintain this cultural hub after the board of directors of the nonprofit that runs the operation announced June 8th that the center would close by the end of the month.

Tracy Miller, who is both chair of the board and CEO, has said the nonprofit has failed to build an enterprise that works. “We thought we were going to be able to figure out some more revenue sources. We just kind of ran out of time,” she said. As a result, says David Sheppard, general counsel of Delaware State University, the Schwartz tried to ask for more from its institutional sponsors but were told “We are interested in helping, but in order to advance that, we need to know what your business plan is.”

But, no such finalized plan existed. Miller went back, she said, to discuss it with the board and then apparently re-contacted Sheppard to inform him that the nonprofit was pulling out.

City Council President Tim Slavin says that although his constituents don’t want the venue to close, “This isn’t something the city government is going to step into and solve this problem. This is going to have to be a community-based solution and a partnership between a lot of different entities.”

“City finances have been very tight,” he continued, “and we have virtually no grant-in-aid. It wouldn’t be a core city function to fund an arts center, but it’s in our best interest to make sure an arts center is open and working and available to our citizens.”

“All I’m trying to do is enable the conversation at this point,” he said.

Slavin also pointed to other arts institutions locally that were managing to build the kind of broad-based support that was needed to support the center long-term.

“If you look across the country, there’s a lot of cities that have these small venues. If you look at every single one of them, the operating model that makes those entities successful is 50 to 60 percent of the support is philanthropic community engagement.

“As we look forward, the city’s obviously got an interest, the state’s got an interest. [Delaware State University and Wesley] have been supportive. But at the end of the day, it takes this holistic, collective—all entities in the community—to support a theater like this,” he said.

It did originally have such a base when a community campaign resulted in the re-opening of the venue in 2001 after it had been closed for twenty-one years but over the years it seems to have lost that coalition.

“The purpose here is to look forward. How can we get the community actively engaged, so we can keep this historic entity that sits downtown vibrant and move it into the future?”

The problem here, as well as in other situations of this kind, seems to be that the community base for the organization has never fully matured. Delaware State News reports that the board for the Schwartz was solely advisory until last year when it formalized into a working board. However, IRS Form 990 returns accessed through GuideStar indicate that a governing board was in place in prior years.

Earlier this year, NPQ covered a similar story at the Glenwood Springs Center for the Arts in Colorado, where a strange mix of funding, governance, and administrative responsibilities resulted in the same kind of precipitous closing. These kinds of situations are too common to be ignored. It may be that such collaborative efforts as these need a guiding hand to bring them through the early stages of the marriage to reach sustainability in the long term.—Ruth McCambridge