Bay Area Nonprofit Implodes Even with all the Usual Red Flags 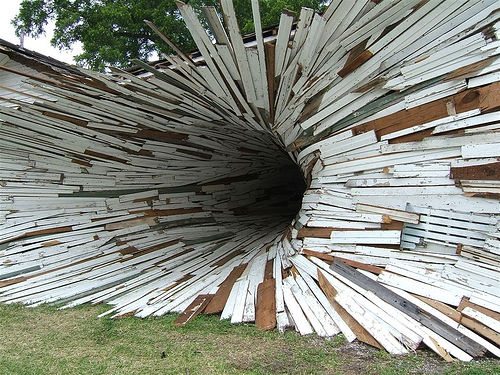 On Tuesday, NPQ printed the first in a series of five cases about organizational decline and death, so as you read this newswire, you may wish to go back and look at that article to get a sense of the correlations of issues. But you may also wish to look at a newswire we printed some weeks ago about a charter school that was closing, because there are some real similarities.

Serving Oakland and Berkeley, the Bay Area Consortium for Quality Health Care has apparently been on a slow slide to its own demise. Working out of clinics in Oakland and Berkeley, the Consortium specialized in HIV/AIDS treatment. Recently, its immediate debts had been rising and its revenue precipitously declined, and those two trends resulted in the shuttering of its last clinic, the Health Center for Women and Men, this week.

This follows the Consortium’s bankruptcy filing in August of last year. The bankruptcy judge terminated the lease for Center and ordered that the Consortium immediately vacate the property. But this follows years of problems. Among other things, the organization owes:

This more than $800,000 in debt (which is not a full accounting) is clearly overwhelming to an organization whose gross revenues have declined, according to this article, from $2.4 million in 2009, to $1.5 million in fiscal year 2011-12, to just $537,000 in 2013-14. The decline in revenue started in 2009, when Alameda County ended a roughly $800,000 annual contract it had with the consortium because it was unsure that it was money best spent on behalf of indigent patients. At the end of 2012, it lost AIDS-related funding from the Health Resources and Services Administration (HRSA).

Meanwhile, audits by public funders have been problematic both in process and outcome. A state audit for FY 2010-11 concluded that documentation was inadequate for $206,206 in expenditures for federal funds, and the report went on to note that the Consortium “severely impeded the audit by restricting and limiting the days access was permitted to their facility for the inspection of records,” in violation of state contract requirements. County officials in 2013 reported “serious administrative, programmatic, and fiscal deficiencies” A corrective action plan was instituted, but the group failed to comply with more than a dozen requirements outlined in that corrective plan.

Executive Director Gwen Rowe-Lee Sykes revealed in her own testimony at the court hearing last week that little has been done to prepare patients or staff for the Berkeley clinic’s shutdown, which is creating concern both about the handling of confidential medical records and about the continuation of care for its very vulnerable patients.

In an achingly predictable pattern, the bankruptcy documents also documented and raised concerns about employing or contracting with Sykes’s mother and brother at the health consortium. Sykes claimed in court filings that $280,000 is owed to Alex Rowe, her brother, and $80,000 is owed to Betty Rowe, her mother, for “consulting services.”

Even once U.S. Bankruptcy Court Judge William Lafferty officially terminated their lease in January, Sykes refused to close the health center and vacate. Consequently, Lafferty authorized the U.S. Marshals Service to evict the group. The court offered the Consortium the opportunity to appoint an ombudsman to represent patient interests during the transition, but Lafferty said that Sykes declined.

Dr. Deborah Wafer, Berkeley Health Center’s medical director, has written a letter to the court that reveals that she had learned only at the beginning of January that the clinic was facing immediate closure, writing, “It does not appear that a plan exists to ensure the health of patients and reduce patient harm.” She asserts closing the clinic without a plan could leave patients “untreated for conditions that lead to medication failures, stroke, heart attack, diabetic coma, malnutrition, increased HIV and Hep C infection and contamination, increased and unnecessary emergency room and hospital admissions and/or death.”—Ruth McCambridge