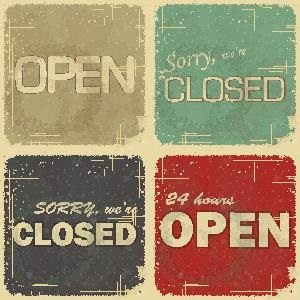 The board of the Women’s Resource Center in Fort Collins, Colorado, closed the program on January 31 after 40 years, but former staff and supporters are now challenging that decision, saying that the bylaws were violated.

WRC interacted and worked with low-income women, providing assistance through major health and life difficulties. But the number of staff had withered from 25 down to seven by the time it closed. The linked article says that the group’s 990 for FY 2011–2012 shows a balanced budget with a slight surplus and the board chairwoman declined to share any specific information about more recent finances.

A lack of funding and doubts about future funding in an environment driven by the ACA were cited for the board’s action, but the three-member board who made the decision had five of its minimum eight board seats vacant, and by the group’s own bylaws, at least five board members would be necessary for the vote. “People saw that it was going to be a struggle to obtain funding and stay open,” according to WRC board president Karen Rose. “The dedication to do that wasn’t there from prospective board members.”

Maybe the energy for the program lay elsewhere, however, because staff and supporters started organizing to resurrect the group, making a request of the WRC board to keep the organization running. “There was a real sense of loss for the community when we closed,” said former executive director Mary Vivo. “It was almost like grieving a death. One of the greatest strengths we had was the ability to provide hope.” The board has not moved to dissolve the corporation.

Trena Anastasia is a consultant who has been working with the group since August, and as late as December, she had facilitated a strategic planning session for the group. At that time, she had observed no indication that the group planned to close its doors, and no funding cliff was mentioned. “It was shocking to me that the Affordable Care Act was suggested as a reason for closure,” Anastasia said. “That was never discussed—the exact opposite was discussed. They said there would be more needs arising because of the way ACA worked. Everything I’ve seen has shown that there’s a huge need there.”

An assistant director who has been with the group for 28 years says that the organization has a high profile right now due to recent social media efforts, and in the end, those outreach efforts may be what saves the group from what might simply have been problems with a depleted board.—Ruth McCambridge