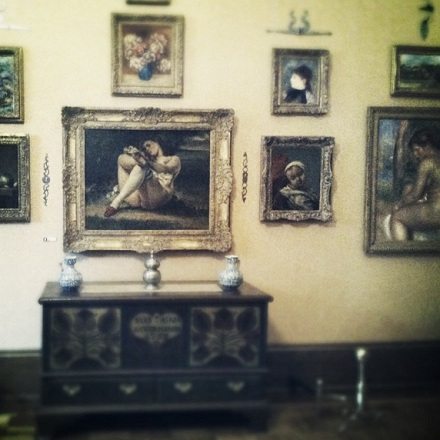 In the latest twist in an ongoing, hotly-contested legal battle, Montgomery County Orphans’ Court Judge Stanley Ott has ordered parties that tried to block a location move by the Barnes Foundation, an historic museum and horticultural setting, to repay the Barnes Foundation $40,000 in court costs. The ruling comes after Ott ruled against the petition to block the move in October. The petition had cited new evidence drawn from a 2009 documentary film, The Art of the Steal, which depicts the struggle for control of Albert C. Barnes’ $25 billion art collection and made the case that “then-Attorney General Mike Fisher failed to serve as a neutral party.” It is well worth watching the film’s trailer to better understand what is at stake and in question:

Judge Ott ordered the Friends of the Barnes Foundation to repay $25,000 in court costs and ordered an attorney who had filed a different petition to pay $15,000. Such costs as Judge Ott ordered can be levied if the judge deemed the petitions frivolous. Sam Stretton, an attorney for the Friends of the Barnes Foundation, said he found the recent decision “shocking” and that he intends to appeal it.

In 1922, pharmaceutical magnate Dr. Albert C. Barnes purposefully located the celebrated Barnes Museum in a neighborhood in Merion, Penn. The location was part and parcel of Barnes’ mission to teach populist methods of art appreciation. The collection is world class, including pieces by Renoir, Cezanne, Matisse and Picasso.

When Barnes died in 1951, his trust stipulated that the collection, which includes 800 masterpieces, “remain in exactly the places they are” and control of the foundation was given to Lincoln University. The Friends of the Barnes Foundation allege that right after his death, “the late Walter Annenberg began what would be a lifelong pursuit: to use the legal system to unravel the Indenture of Trust of Albert Barnes and unlock the treasured art collection of the Barnes Foundation.”

In effect, the charge is that other well-heeled nonprofits have conspired to eviscerate the trust. “Today the quest continues, with Annenberg’s heirs—doing business as the Annenberg Foundation—joined by the Pew Charitable Trusts and the Lenfest Foundation, pressing on through the court for the treasured contents of the Barnes Foundation,” the Friends of the Barnes Foundation website states. “Those efforts have been supported by many public officials.”

Since 2002, the foundation has been asking permission to relocate the museum to downtown Philadelphia where it can naturally attract more visitors. The Friends of the Barnes assert, “The stated reason for this decision was that the Barnes Foundation was so financially frail that its very existence was in jeopardy. The alliance of foundations—Annenberg, Pew, Lenfest—offered what was construed as the only solution—financial ‘salvation’ that contain[ed] a condition that spelled [the] destruction of the Barnes Foundation” and which assured that “the galleries in Merion would be emptied and the contents shipped to Philadelphia.”

The museum is currently closed and is expected to re-open in mid-May in downtown Philadelphia. –Ruth McCambridge