A Case Study: Are Your Donations Going Where You Think? 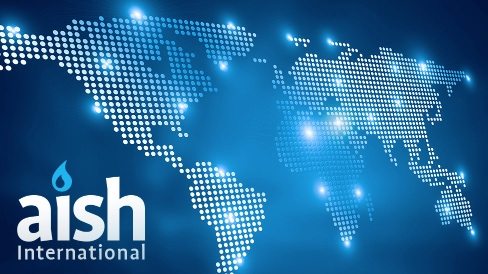 “Be honest in solicitation materials and truthful and clear in communications with donors about how their gifts will be or have been used” tops the list of 10 ways to be transparent from the National Council of Nonprofits. This is a lesson that New York-based Aish International (AI) doesn’t appear to have learned, judging from its troubled relationship with its parent organization.

The rift between the two organizations appears to have been growing for some years over issues of transparency and use of funds. According to the Jewish Week, Aish International had been informed that “financial transparency was being instituted and that [it] would be accountable for all funds raised.” Central to the growing dispute was a recognition of “ongoing confusion among donors and others who believed that contributions to Aish International automatically were directed to Aish HaTorah.” When efforts to bring the organizations back into alignment failed, Aish International was asked to “cease and desist acting on behalf of Aish HaTorah in any capacity.”

Aish HaTorah attempted to resolve the situation by removing Aish International’s executive director “because we have no way of knowing if monies that were contributed through Aish International were going where donors wanted it to go or were being kept by Aish International. That lack of transparency was intolerable.” But, AI’s independent board apparently did not accept this direction.

Aish International has not backed off its fundraising efforts, nor has it clarified how it would be using these funds. Former Senator Joseph Lieberman, who was an honorary co-chairman of a recent AI fundraising dinner, told the Jewish Week that AI’s behavior “raises questions about their integrity, and that’s a matter of great concern.” Louis Mayberg, a Washington, D.C. businessman and prominent philanthropist, told JW that AI “‘created the impression’ that Aish International was simply the transmitter of funds to Aish HaTorah.”

Aish International’s behavior is a conundrum for its donors, for its erstwhile parent organization, and perhaps for the New York attorney general to sort out and resolve. A complex set of long-term relationships that were upset by the death of Aish’s founder and unclear lines of succession thereafter have made that resolution more difficult, and the work appears to be ongoing.

It also serves as a case study from which the larger nonprofit community can learn. Much of the debate over transparency has focused on whether or not the identities of donors need to be made public. The Aish International case asks us to consider how open an organization needs to be about the specific recipients of the funds it raises. Is it enough, as AI has done, to clearly state a mission—“To urgently awaken and empower the Jewish people to fulfill their destiny of…(fixing the world)”—without a definitive list of who will benefit? Should AI have changed its name when its relationship with its parent became estranged in order to eliminate any confusion, even if that risked raising less money?—Martin Levine