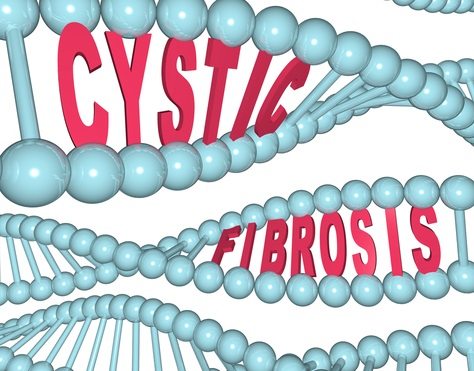 It is well known that advances in medical treatments of HIV/AIDS significantly changed the programs serving those with the disease. As medical approaches proved fruitful and life expectancy grew, programs and the people they served adjusted. For many organizations addressing the needs of identity groups, fellowship is a part of providing support, and so it was until recently for those with Cystic Fibrosis.

Now, the life expectancy of people born with cystic fibrosis has extended significantly—to close to 40 years—and researchers have put on the market the first treatment for the target genetic anomalies that cause CF. But where those with cystic fibrosis could formerly take solace in a community of peers, that is no longer true, because doctors have concluded that contact between one person with CF and another can be fatal.

In the ’90s, researchers found that Burkholderia cepacia, a specific strain of a bacterium deadly to people with CF, had been passed from one child to another at CF summer camps, resulting in an outbreak. Soon after that, the summer camps were closed. Additionally, those found to have been infected had their clinic visits scheduled in a way that prevented the bugs in the CF clinic, and they were asked not to attend the CF Foundation’s indoor events.

Now, the Cystic Fibrosis Foundation, after a lengthy process, has announced recommendations for even stricter infection control guidelines. “At outdoor CF Foundation events, patients shouldn’t come closer than six feet from each other. At indoor events, only one CF patient can attend at a time.”

For some, those guidelines are late in coming:

Caitlin O’Hara, a graphic designer living in Boston, was terrified of Burkholderia. Even before the current guidelines, the 30-year-old remembers, her mother was intensely preoccupied with infection control, and went above and beyond the regulations that were in place at the time. When transient flares of her lung disease would force O’Hara into the hospital for brief stints, her mother would arrive with cleaning supplies. O’Hara was careful to ask doctors and nurses to fully don their gowns and gloves before examining her.

While the medical team would do what they could to “appease” her mother, O’Hara remembers how people would roll their eyes, exasperated. “They acted like we were paranoid, and that’s a terrible feeling,” she said.

“I didn’t like being in the hospital because I felt like I was being exposed,” remembers O’Hara. “We were so vigilant in the face of everyone, back then, not being quite so vigilant.”

O’Hara contracted Burkholderia cepacia anyway after she was hospitalized at 16. She’s now undergoing evaluation for a lung transplant.

An event in the early 2000s led Boston Children’s Hospital to adopt their own stringent guidelines. While CF patients in the hospital were under strict instructions to stay away from each other, but it wasn’t unusual for a CF patient to sneak into someone else’s room at night.

But the doctors started to identify a new bug, called Burkholderia dolosa, in the lungs of their CF patients. The bug was nearly impossible to treat, even with the strongest antibiotics. “Lung function plummeted. Patients died. While some remained stable, others alive today are waiting for lung transplants. An epidemiologic hunt began. Doctors ultimately drew a chain of connection that linked patient to patient through indirect encounters at various clinics, in the hospital, at a Super Bowl game.”

“We took draconian measures,” said Dr. Ahmet Uluer, the director of Brigham and Women’s Hospital and Boston Children’s Hospital Adult Cystic Fibrosis Center. They did away with communal waiting rooms for CF patients, placing them in disinfected exam rooms instead. When admitted to the hospital, patients were only allowed to leave their rooms only with an escort—again, to limit the chance for contact with others.

For CF patients, the reception has been mixed; some, like O’Hara, are relieved, while others view the recommendations as unnecessarily paternalistic. “It’s their job to cure me, not to protect me,” said Lockwood.

In the end, there is nothing preventing CF patients from socializing with one another outside of the auspices of the foundation or treatment clinics where they themselves can decide on balance if it is better to have face-to-face contact with a community of those who can directly relate to your condition, or to protect yourself medically to the greatest extent possible.—Ruth McCambridge