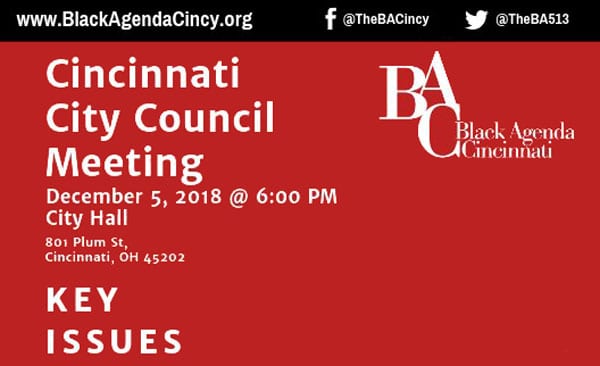 The story of tensions between a Cincinnati United Way and the leaders of its area’s Black community has unfolded over the past few months. In November, we saw the resignation of that United Way’s first African American CEO, Michael Johnson, and some of the fallout that followed. But the story hardly ended there.

After Johnson resigned, he returned to his prior job as head of the Boys & Girls Clubs of Dane County in Madison, Wisconsin. He penned an open letter to the people of Cincinnati describing what he saw as ongoing and debilitating levels of racism and poverty in the city. He wrote,

According to the Urban League’s State of Black Cincinnati report, the economic situation of African Americans and people living in poverty is alarming. Why is home ownership only 33 percent for African Americans? Why do African Americans earn 58 percent less in wages than other Cincinnatians? The challenge also extends to white Cincinnatians as well. More than 43 percent of whites live below the federal poverty line and there are significant wage gaps between men and women. What are the root causes of these problems and what can be done to change it? More importantly, who can change it?

Other people of color and community leaders also spoke about the pressing need to make changes in the city’s leadership paradigm. One is Byron White, executive director of StrivePartnership. White wrote an op-ed in the Cincinnati Enquirer months ago about Karen Bankston, another Black executive director, who left the Child Poverty Collaborative last summer after being blocked in her effort “to advance the initiative from a programmatic endeavor that assists individuals to a more comprehensive effort to address the systemic causes of poverty in our city.” White, in his op-ed, added, “Cultural and racial sensibilities, civic values, public policy, private investment practices, must all be challenged.”

And, if there is a silver lining to the current upheaval at Cincinnati’s United Way, it is that the cultural challenge continues, as WCPO Cincinnati reports. Apparently, the United Way of Greater Cincinnati is under contract with the city to manage the process of distributing city funds to nonprofit organizations to provide human services. The United Way receives the applications and manages the committee that makes the recommendations about how the city funds should be distributed. Black Agenda Cincinnati (BAC) has now called for the city to vote to cancel that contract after this round of funding.

At their November 17th meeting, called “Fighting the Power of Racism,” a community activist said, in reference to the Johnson resignation, “In light of recent events…it’s very alarming and of deep concern to know that our city taxpayer dollars are sent to United Way to oversee human services…people that have no accountability to the taxpayers.”

City Councilperson David S. Mann has said he is reluctant to support that proposal. The city’s relationship with the United Way was established so that city distribution of funds would occur at arm’s-length, hopefully avoiding a situation of individual city councilors angling for funds to go to favored nonprofits. Originally, in legislation passed when Mann served as mayor, the city was to allocate 1.5 percent of its general fund revenue toward human services. It has not been able to live up to that in recent years, but it did allocate as much as $5.5 million in fiscal year 2016.

The co-convener of “Fighting the Power of Racism” posted a video on the BAC Facebook page in which he called on people to attend tonight’s city council meeting, where the organization will present its case to halt funding of the United Way. He criticized the mayor of Cincinnati, saying he “continues to attack Black leaders.”

For its part, the United Way is not fighting this too hard. They receive about $90,000 to manage the process—which, according to one person at the organization, does not cover their entire expenses. As all of this is going on, it should be noted that the United Way is now being led on an interim basis by a white man. The board of directors is very large, and the website does not list officers other than the treasurer. The president who was in place when Johnson resigned has herself stepped down. The executive committee of the board comprises 12 people, only two of whom are people of color.

If the council does decide to pull the United Way’s funding, how will the money be distributed? As Lucy May of WCPO wondered, will the council members decide to make the decisions themselves? Will agencies not currently receiving funds be given a chance to prove that they are, in truth, what has been described as an untapped resource? And will the cultural change that StrivePartnership’s White and other Black leaders have called for finally take place? Stay tuned.—Rob Meiksins