Debatable: How Nonprofit Are Nonprofit Hospitals? 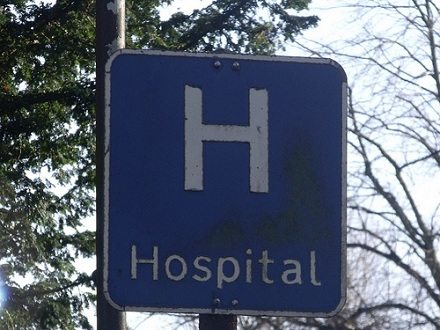 Yesterday, NPQ Newswire writer Michael Wyland reported on Fitch Ratings’ taking a jaundiced view of nonprofit hospital finances in 2014. Wyland cited a number of the Fitch reasons, reflecting, he said, “the unsettled nature of the healthcare industry in general.”

According to Elisabeth Rosenthal, writing for the New York Times, “the IRS allows hospitals to use broad definitions of community service, including the value of traditional charity—care dispensed free or at a discount to those who cannot pay—and the money hospitals calculate they lose because Medicaid reimburses them less than their costs. Hospitals can also take credit for hosting health fairs, operating some research labs and ‘donating’ their executives’ time to serve on local community boards.”

To us, that’s almost an “anything goes” definition. “You should get close to the value of tax exemption in community benefit,” Paula Song, professor of health services organization at Ohio State University, observed. “I think you’ll find most hospitals aren’t providing that.” Melinda Hatton, general counsel of the American Hospital Association, countered that “tax-exempt hospitals devote the money they would pay in tax to the health of the community…I hope cities don’t undervalue that.”

The observation of John D. Colombo, a professor of tax law at the University of Illinois Urbana-Champaign, is very telling. “The standard nonprofit hospital doesn’t act like a charity any more than Microsoft does—they also give some stuff away for free,” Colombo said. “Hospitals’ primary purpose is to deliver high quality healthcare for a fee, and they’re good at that. But don’t try to tell me that’s charity. They price like a business. They make acquisitions like a business. They are businesses.”

In the NPQ Newswire, there have been a number of articles in recent months on the decline, not the growth of charity care delivery by nonprofit hospitals and by “safety net” hospitals. Fearing challenges to their local property tax exemptions, nonprofit hospitals’ public relations arms are milking as much good press as they can about their community benefits. For example, this article from the Cleveland Plain Dealer extols the increases in charity care delivered by Cleveland Clinic, Southwest General Health Center, and Parma Community General Hospital, citing not one critic of the hospitals’ potential charity care and community benefit shortcomings.

With the combination of nonprofit hospitals’ reporting on their charity care in their Form 990s and the requirement of the Affordable Care Act that nonprofit hospitals generate community needs assessments, advocates should be able to do their own analyses of the sufficiency of the “nonprofitness” of nonprofit hospitals. They needn’t move to a position of diving into local property tax battles if they don’t want to. They could and should be asking what nonprofit hospitals are doing for the delivery of healthcare to the tens of millions of underinsured and uninsured people in this nation, notwithstanding the enactment of national health insurance reform, and whether they do anything more than a for-profit hospital does.—Rick Cohen