Does IRS Have Resources to Do Its Increasingly Complicated Job? 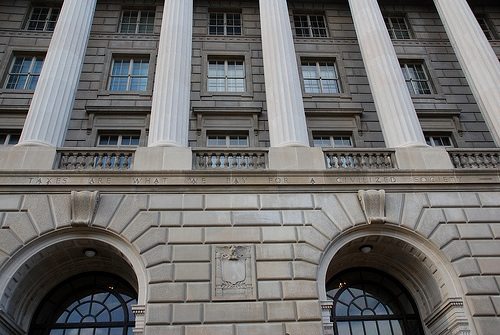 When people talk about organizations having to do more with less, they’re typically not referring to the Internal Revenue Service, though it appears that dilemma may be the case at the IRS, too. A recent report from the U.S. Department of Treasury inspector general for tax administration outlines the personnel and budget challenges the IRS faces in meeting its mission. The report’s title is basically its conclusion: “Improvements Have Been Made to Address Human Capital Issues, but Continued Focus Is Needed.”

The IRS budget approved by Congress has decreased by more than two percent in the past year. The $11.8 billion IRS budget falls short of President Barack Obama’s proposal, which would have allocated more than $1 billion beyond its previous $12.1 billion mark. To cope, the IRS has slashed travel, training, and related expenses. It has implemented a hiring freeze and offered buyouts and early retirements to some employees. Early retirements often result in a talent drain in organizations, and the IRS has something else to worry about in this regard. Federal News Radio notes that, “within five years,” 70 percent “of all agency executives” and “50 percent” of its non-executive managers will be eligible for retirement. The IRS workforce has now dropped below 100,000 employees.

Although the Affordable Care Act allowed for the U.S. Department of Health and Human Services to pay the IRS to hire more than 850 employees to enforce provisions of the law, this hiring has not happened. Those of us in the nonprofit sector are aware that the pressure on the IRS’s tax-exempt and government entities (TE/GE) division has increased because employee numbers have declined (see IRS TE/GE 2011 Annual Report and 2012 Work Plan) while oversight and enforcement requirements for all kinds of nonprofits have increased. Governance questions on the Form 990, the new Schedule H requirements for nonprofit hospitals, and the host of questions surrounding politically active 501(c)(4) organizations are just three areas where the IRS’s tax-exempt workload has increased significantly in recent years.

As NPQ has previously noted, the Internal Revenue Service has been aware of its personnel and capacity issues for years and has been working to address changes while sounding the alarm to Congress and the latest report states that the IRS has been effective at implementing recommendations from previous investigations. But increasing workload, a hiring freeze, and looming retirement-related employee losses – particularly among executives and managers – is a situation many nonprofit boards and executives can identify with. In the case of the IRS generally and the nonprofit oversight area specifically, these trends indicate that the agency will be hard-pressed to provide the investigatory and enforcement coverage a growing nonprofit sector requires. Congressional watchdogs and advocates for nonprofit accountability may be disappointed in the IRS’s lack of capacity to address current and emerging nonprofit compliance issues. –Michael Wyland