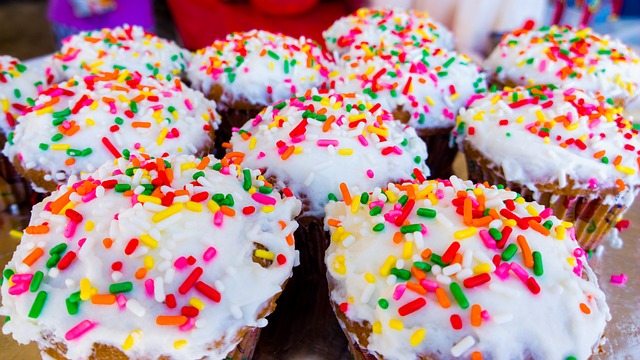 NPQ began to look at the question of the potential inequities perpetuated by fundraising for individual schools a number of years ago as one aspect of the larger topic of private money in public systems. Beth Gazley’s 2015 article, “How Philanthropy Props up Public Services and Why We Should Care,” digs deeply into the dynamics.

Parents want what is best for their children, and that extends to raising funds for their children’s schools to cover things such as field trips, extracurricular activities, scholarships, teacher workshops—even scholarships for student trips overseas. But what happens when the distribution of wealth in a community, a city, or a school district is uneven, where some schools have parents who can raise hundreds of thousands of dollars and others find raising $100 a stretch? To imagine the generosity a parent feels toward his or her own child’s school extends to those of other children may be wishful thinking. Or, it may be that there is a learning curve for parents to get to a place where raising funds for schools whose parents have less fiscal capacity than they do is a part of their ethos.

In a well-researched article in the Washington Post, Kitson Jazynka takes a hard look at parents and PTO (Parent Teacher Organization) and PTA (Parent Teacher Association) fundraising in the Washington, D.C. schools, including the schools (some of the more affluent ones) that her own children attend or attended. She begins her article describing a “greens sale” that brings in a profit of between $10,000 and 15,000 for the school—only a part of the $225,000 that will be raised in that school year. Other schools that want to replicate this fundraiser would need upfront funds to purchase the trees and wreaths that comprise what’s sold; one of the barriers faced by schools in less affluent parts of the D.C. community is that they lack those startup funds.

The other barrier is time. According to Jazynka, parents at one elementary school in D.C. contribute over 2,000 hours of volunteer time each year to support the fundraising efforts and events at this school. For parents in some of the less affluent schools in D.C., work schedules, multiple jobs, and language and cultural barriers may interfere with volunteerism.

The divide is deep, and it is not limited to Washington D.C.; it’s seen across the country, in school systems large and small.

In contrast to this wealth of funding and involvement, the PTOs of some public schools in Washington have annual budgets that don’t exceed $100—and some schools lack enough parent volunteers to even form an organization to raise money. These vast discrepancies in PTO fortunes, which are reflected nationwide, have drawn the attention of the Center for American Progress, a liberal D.C.-based think tank. In 2017, it released a report about parental contributions to school finances that noted that PTO revenue had reached more than $425 million in 2010 but was concentrated in affluent schools. This resulted in “considerable advantages for a small portion of already advantaged students,” the report said.

While the solution might seem as simple as having districts pool all the funds raised and distribute them equitably among the schools, the PTOs and PTAs function as independent nonprofit organizations and have control over their own finances. The school districts are, for the most part, not able to direct and redistribute funds raised by outside organizations. PTOs and PTAs each have their own structures, and while each will tell you they are not the same, at its core each is focused on building the capacity of family support for a local school and its community. (PTA also has a national agenda.) If raising funds for that local school is seen as a way to strengthen that school and community, then that is where the focus is.

In DC, the inequity was seen, felt, and acted on by two parents from one of the wealthier schools. They co-founded the School to School Initiative, a parent-run program that seeks funds from the better-funded DC schools for PTOs in low-income schools by asking them to donate a percentage of their annual budgets to a grant program for those schools.

Since its establishment in the fall of 2016, the initiative has forced some PTO boards and parents to face uncomfortable questions: Should a PTO’s earnings support only that school? Is a PTO allowed to disburse funds for reasons other than the support of its school? Does such a program constitute charity? Why do such vast disparities in books, school supplies and enrichment programs exist at all? What restrictions, if any, should be placed on a PTO’s fundraising and spending? So, perhaps it’s not surprising that getting PTOs to donate to the School to School Initiative has not been easy.

In 2017, five schools were donating to the School to School Initiative; others declined because they were partnering with low-income schools in other ways, providing books and sharing fundraising ideas. Still more declined out of concern that one nonprofit supporting another nonprofit might violate the rules or principles of PTAs or PTOs.

The question of who should be addressing inequity in schools remains front and center and does not seem to be going away any time soon.

Catherine Brown, author of the Center for American Progress study, believes reducing the inequity in schools should not be an act of charity but should be built into the way the school system budgets. “Parents think they are doing a good thing donating to their kids’ school PTA,” Brown says, “and we don’t disagree with that: They are doing a good thing. I just wish it was coupled with them calling city council…to drive more of that money toward the poor schools.”

As nonprofit organizations struggle to survive and compete to raise funds, even the local school fundraiser can be seen as competition for dollars. So, when one nonprofit (let’s say a PTO) is asked to donate a portion of its budget to aid a less wealthy nonprofit (also a PTO) serving children of the same age in a different section of town, what level of discomfort does that cause. Are we all in this together, or is it everyone for themselves?—Carole Levine