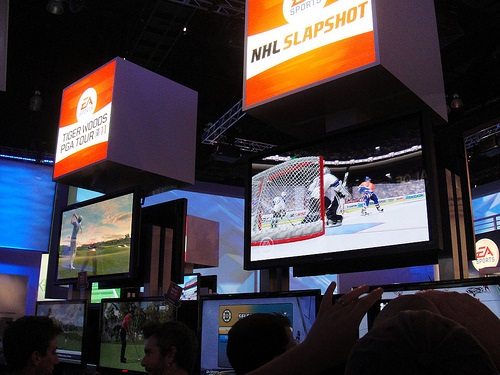 Editor’s Note: ESPN’s Outside the Lines featured a story on whether the PGA Tour deserves to be recognized as a tax-exempt entity. This story has two main problems: it distinguishes poorly between public charities and business leagues, and it loses the distinction between the Tour and the local charities holding community tournaments.

ESPN’s weekly show Outside the Lines (OTL) featured a story on the tax-exempt status of the PGA Tour, the percentage of revenues directed to charity, and whether the PGA Tour deserves to be recognized as a tax-exempt entity. Similar questions have been raised about the National Hockey League (NHL) and the National Football League (NFL).

U.S. Sen. Tom Coburn (R-OK) has introduced legislation to disallow tax-exempt status to any league with more than $10 million in revenues. His rationale is that sports leagues benefit a small group of people—owners, staffs, and professional athletes—at the expense of taxpayers, whose taxes are used to fill the money gap left by the taxes not paid by the leagues.

There are two problems with the story. First, the story, including interviews with Sen. Coburn and the CEO of Charity Navigator, did a poor job of distinguishing between a 501(c)(3) public charity and a 501(c)(6) business league. Both are nonprofits, but there are significant differences between charities and business leagues in the tax code. Donors may receive tax deductions for their gifts to charities; gifts to business leagues are not tax deductible. The story kept referring to “nonprofits,” as though the standards that apply to charities should also apply to other types of tax-exempt organizations. For example, the story persisted in using Charity Navigator’s financial benchmark of 65 percent of revenues spent for program expenses, never saying that this is a standard for 501(c)(3) operating charities, not business leagues (though they quoted a PGA Tour email making the point).

The second confusing element in the story is the important distinction between the PGA Tour national organization and the local charities that host many of the tournaments held in their communities each year. About 25 professional golf events on the PGA Tour’s annual schedule are organized and run by local 501(c)(3) charities established for the purpose. Typically, 16 percent of event revenues are donated to charity, with most of the funds used to pay for overhead costs and tournament prizes.

The issue of local event-based charities and their use of gross revenues deserves specific deliberation. It’s important to distinguish between fundraising event-based charities and the more common universities, hospitals, foundations, soup kitchens, and museums we typically think of as charities, and question whether there should be a difference in the tax code between them. The local charities partnering with the PGA Tour are far from unique; there are all kinds of local charities producing sporting events, parades, carnivals, and other public entertainment with a portion of the proceeds distributed to charity.

The only source in ESPN’s OTL program who understood the complexity of the issues and the importance of the distinctions in definitions of nonprofit status was H. Art Taylor, president of the Better Business Bureau’s Wise Giving Alliance. His succinct assessment was that the PGA Tour could operate effectively as a for-profit corporation, but that doing so would likely not result in additional tax revenue for the federal government. Even accepting the ill-documented assertion that the PGA Tour’s tax-exempt status has resulted in a loss to the U.S. Treasury of about $10 million per year, it’s likely that changing the PGA Tour to a for-profit corporation would not translate into a dollar-for-dollar transfer, as corporations (and individuals, for that matter) tend to make decisions that have the effect of limiting their tax liability while pursuing their goals. Taylor also made the point that making rules aimed at sports leagues might also affect other types of nonprofits.

Sen. Coburn’s four-page proposed legislation, S. 1524, the “Properly Reducing Overexemptions for Sports Act, or PRO Sports Act,” was introduced in September 2013. Thus far, it has not yet attracted a single cosponsor, either Republican or Democratic. This lack of cosponsors indicates that the bill is not popular among Senate colleagues. Given how difficult it is to pass even the most necessary and popular legislation through Congress these days, it’s highly unlikely that this bill will become law. The issue of tax exemption, however, is an increasingly frequent topic of conversation by policymakers concerned about abuses and looking for more federal revenue. The PRO Sports legislation is another indicator that there may be significant changes coming for Section 501 of the Internal Revenue Code, which defines tax exemption, as a part of larger efforts underway to revise the tax code.