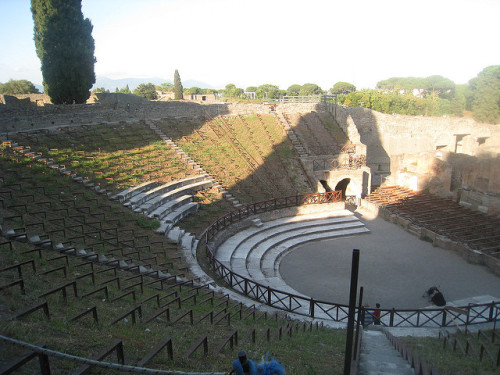 America has been called the “land of opportunity” by generations of immigrants eager to seek better economic opportunities. More recently, however, the United States has provided opportunities for foreign arts institutions eager to attract donors to their cause and take advantage of American tax incentive laws that favor charitable giving. With a decline in the historic levels of support from public sources, many arts organizations around the world have turned to individual donors to balance their budgets.

While a reduction in government funding for the arts is a common enough problem in the U.S. as well, the rest of the world does not have a culture of individual philanthropy as firmly ingrained as it is in the United States. Richard Hamilton, director of the Tate Americas Foundation, ruefully acknowledges: “People love leaving things to dogs and cats, but not to museums.” This model of giving may be slowly changing to encourage more people to leave their largesse to cultural institutions in their home countries, but in the interim period many foreign museums and other arts organizations are looking to Americans to support their work.

For some arts organizations, fundraising across the sea has long been a priority. The Prado has a robust foreign giving arm, The Amigos del Museo del Prado, which has 29,000 members and raised more than $5 million for the museum last year. Though foreign donors make up only 11 percent of the 38.6 million euro budget, this support is crucial as the amount provided by government funding supports continues to shrink; in the past ten years, the overall percentage of the budget that the museum receives from the Spanish government has shrunk from 64.9 percent in 2006 to 32.4 percent in 2015.

In addition to keeping the budget balanced, foreign donor organizations are also essential to helping museums acquire key pieces and share their pieces with the rest of the world. This year, the Prado acquired a 15th Century Fra Angelico, “The Virgin of the Pomegranate,” with the help of the Amigos del Museo del Prado. In a similar way, The Rijksmuseum in Amsterdam will lend “Small Wonders,” a collection of small medieval prayer pieces, to the Metropolitan Museum of Art in New York in order to exhibit the pieces at the Cloisters. The loan is inspired in part by a desire to cultivate relationships with donors in the United States.

In the museum sector, Europeans are also turning to the United States to learn fundraising skills from their American colleagues. The King Baudouin Foundation, which exists to “facilitate thoughtful, effective giving in Europe and Africa,” will host its annual spring seminar on “The Art and Science of the American Fundraising Model.” Representatives from 38 organizations are expected to attend, up from 25 attendees three years ago. Officials from the Prado, the Rijksmuseum, the Benaki Museum in Athens, as well as the Pompeii Project and others are expected to attend.

But with increasingly large amounts of money flowing in from American coffers, sometimes these gifts come with more than a few strings attached. The American Friends of the Orsay will not, for example, give money to pay salaries. With restrictions like these on gifts, who is to say when donors across the pond may begin mandating a say in programming or acquisition decisions? This is not an original problem, and providing significant supporters with proper donor benefits without ceding control of important decision-making is a challenge for many American arts institutions as well.

As austerity measures become more common around the world, arts professionals should be looking to lobby their respective legislatures to reform tax laws in order to provide more tax benefits for individual charitable giving. While foreign dollars can offer a much-needed infusion of cash to revive struggling budgets, these approaches need to be coupled with a nurturing environment to encourage giving at home. Donations from abroad should supplement a museum’s income and complement its existing funding sources, rather than replace dwindling public dollars and individual support at home.—Sophie Lewis