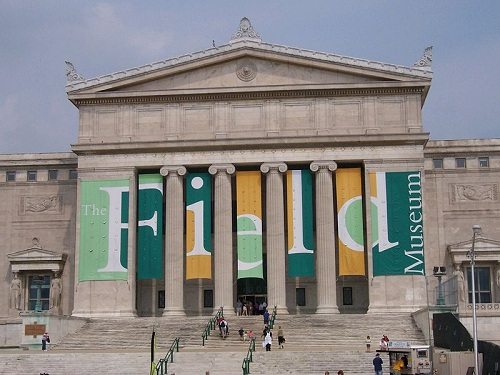 The Field Museum of Natural History in Chicago is suffering big, well-publicized financial stresses, and has been working hard—sometimes in controversial ways, such as cutting positions and trying to sell assets—to get out from under a debt load of $170 million.

But in 2006, three former trustees of the Museum sent a letter to sound an alarm for the rest of the board. The missive was sent to the board’s audit committee and charged “a pattern of deception and disregard for commitments to donors, financial institutions, patrons, and trustees.” It talked of “campaign targets being missed and lowered” and “capital expenditures that have exhausted the museum’s debt capacity without increasing academic positions or attendance.” It expressed grave concern that the Museum’s reputation and financial viability were at risk.

But even though one of those three board members, Edward Hirschland, is now suggesting that the museum’s current financial woes would have been avoided if the memo had been attended to, an investigation in response to the memo found no inappropriate activity. Other board members say that they spent in good faith, and that the recession may be more the culprit than bad financial policies.

Economist and financial analyst Harlow Higinbotham, another of the memo’s authors, left the board after his term ended in 2005, and he was not renominated. The previous year, he had voted against selling a collection of George Catlin paintings. Susan Higinbotham, his wife, and the third author, was a nonvoting board member and chairwoman of the volunteer group Friends of the Field Museum Library. In 2006, museum board leaders announced in an August letter that they were discontinuing the Friends.

Two board members suggested that the motives of the memo’s authors were questionable. “It was just an effort to stick it to the board of the museum for not re-electing him (Higinbotham),” said Marshall Field V, great-grandson of the mogul for whom the museum is named. A member of the audit committee, William Kunkler, commented, “I just remember it as being a distraction caused by a few individuals…With that big a body, you’re always going to have people say, ‘I told you so,’ with whatever ax to grind they have, and often (they are) people who are not part of the real board leadership.”

The Chicago Tribune has found that the museum has been suffering from a combination of static attendance numbers, depressed capital fundraising and, perhaps, too easy spending on new projects that were meant to attract new visitors in a down cycle.

Kelly Kleiman, blogging as The Nonprofiteer, suggests that many boards become sick to death of their “Cassandras” and that the Higinbothams did not bolster their credibility by both sitting on the board and protesting at the same time. But she also writes,

“The take-away? That nonprofit Board members who raise substantive concerns may be pains in the ass, but they’re the kind of pains that warn you’re sitting on a hot seat. It’s fine to dismiss them if they can’t behave themselves—if they’re rude or disruptive or prevent the Board from getting anything else done. But whether or not they’re dismissed, their warnings shouldn’t be—and the primary focus of any investigation should be not to defend against accusations but to ascertain whether they’re legitimate.

Perhaps these Board members erred in suggesting a ‘pattern of deception’ when simple incompetence would have explained the same facts. And perhaps the Field’s staff and remaining Board would have responded more productively if they didn’t feel threatened by legal action implicit in the claim of deception. But feeling threatened isn’t a reason to close your eyes to threats, and that seems to be what the museum did—and continues to do.”