Fundraisers Continue to Take Beating by Press in the UK

Last week’s annual Institute of Fundraising Convention in London was a much more sober affair than in previous years, according to Third Sector columnist Susannah Birkwood.

Even as the convention was underway, speculation and apprehension were running rife about a further series of newspaper articles expected to be published in the Daily Mail and elsewhere. The latest round of bashing of fundraising practice in the UK centered on the practice of some fundraising contractors telephoning and door-knocking members of the public despite them registering on the UK equivalent of the U.S. National Do Not Call Registry or displaying signs saying “No Door Knocking.”

The mood of fundraisers nationally may have been darkened further when over the weekend they were greeted with headlines announcing that the Prime Minister, David Cameron, was pledging tough new laws to curb the tactics of fundraisers. Mail Online triumphantly framed the announcement as “VICTORY!” making reference to the campaign it had been running exposing the alleged shameful conduct of fundraisers working on half of some of the UK’s best-known charities.

The weekend reports regarding proposed tough new laws boiled down to an announcement of a review to decide whether further powers need to be introduced in an existing bill, which is currently at committee stage in the House of Lords. This review is to be chaired by Sir Stuart Etherington, chief executive of NCVO, the UK charity umbrella body, and will assess the effectiveness of the existing self-regulation regime of fundraisers.

The NPQ Newswire has provided coverage of the ongoing allegations and the response by politicians and sector leaders here, here, and here.

Particularly interesting is the manner of the most recent announcement, which appeared on the Prime Minister’s Twitter feed and Facebook page rather than the more staid official Downing Street website.

The Etherington review committee will report back in September. Fundraisers will hope—very likely in vain—that this announcement will put an end to the outpouring of negative stories about charity fundraising.—John Godfrey 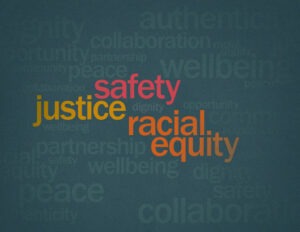