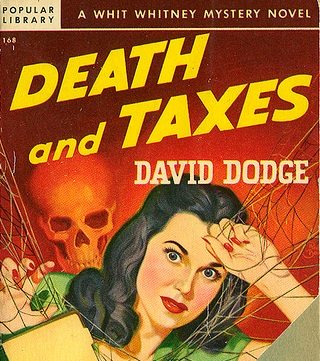 In recent weeks, nonprofit organizations mobilized against the threat that Congress would limit tax deductions for charitable gifts. Because charitable deductions provide an incentive for giving, many nonprofit leaders fear that scaling them back will make it harder to raise money. Following the “fiscal cliff” negotiations, the charitable deduction remains more or less intact – at least for now. As we consider the broader implications of tax reform and government spending and gear up for legislative fights to come, I am concerned that many of my nonprofit colleagues are overreacting or – even worse – responding to the wrong threat.

First, a few facts about charitable giving. Seventy percent of American households contribute to nonprofits. Only one-third of taxpayers itemize their deductions. In other words, a majority of donors currently get no tax benefit from their giving, and yet they continue to give. If the charitable deduction is reduced, experts project that donations will decline by one to three percent, hardly worthy of the panic we see in the nonprofit community. Why can’t we accept this loss and say, “We are willing to do our part” – especially if increased revenue helps to protect government programs that serve our nonprofit clients and customers?

The larger issue is the demonization of government and the culture of tax avoidance. For the past thirty years, we’ve heard the insistent drumbeat of the argument that government is bad, and therefore paying taxes is a waste of money. A recent vice presidential candidate called taxes “unpatriotic.” I prefer the perspective of Supreme Court Justice Oliver Wendell Holmes, who said, “Taxes are the price we pay for a civilized society.” While many nonprofit networks were mounting an all-out campaign to preserve the charitable deduction, a handful of important voices – including author Kim Klein and Aaron Dorfman of the National Committee for Responsive Philanthropy – were offering more nuanced messages, in the spirit of Justice Holmes, about tax policy, equity, and democracy.

Nonprofit leaders, who are daily healing the sick, caring for the needy, protecting the environment, serving our spiritual needs, enriching our communities with arts and culture, and so on, need to talk more about what we buy with our tax dollars. We buy not only a safety net for the poor and dignity for the elderly, but also roads, bridges, courts, parks, public safety, public schools, public airwaves, regulations that protect our food, water, air, workers, drivers, other species, etc. Government is not “them.” It is us. It’s how we express our common values and create shared rules and expectations. These things enrich our lives, so it’s appropriate to support them with our taxes. Furthermore, those who vigorously avoid paying taxes continue to use government services while shifting the costs to others. At the very least, this is unfair. Under some circumstances, it’s criminal.

Let me be clear: healthy skepticism about government behavior is a fine thing. We can and should argue about the specific ways our government spends money – too much on pointless wars, in my opinion – and we must hold our elected officials accountable for their decisions. Furthermore, there is no shame in claiming legitimate deductions. Congress and our state legislatures create tax breaks, including the charitable deduction, as a way of implementing public policy. A few years ago, while legislators debated the state budget, I marched in front of the statehouse carrying a sign reading, “I will pay more taxes.” Dozens of my Vermont neighbors joined the rally to make the same point: government serves the common good and paying taxes is a patriotic and necessary act.

Nonprofit leaders can and should take the lead in delivering this message. The current debates about government spending and fiscal policy offer a great opportunity to say, “We are willing to risk a small decrease in charitable donations to strengthen the common good.”

Andy Robinson is an author, consultant, and trainer based in Vermont.