Is Value Village/Savers the Trump Foundation of Second-Hand Stores? 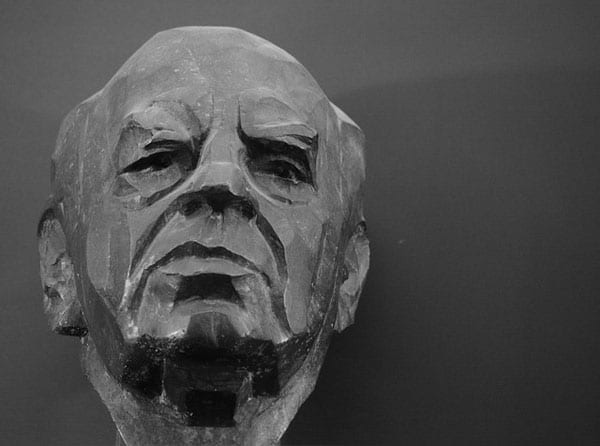 The attorney general of Washington state is charging the largest for-profit thrift retailer in the world, with more than $1 billion in revenue and 330 locations, with what amounts to deception and acting like a fake charity. The company, Value Village, claims free speech as its defense, writes Francesca Lyman for Investigate West.

In Washington, Oregon, and Alaska, the company operates under the name of Value Village, but most of its stores operate nationally under the name of Savers. The recent 37-page complaint says Value Village “generates more than $1 billion in annual revenue by hiding its for-profit status behind a veneer of charitable good will.”

“Value Village urges consumers and donors to believe that all types of donations and purchases benefited charity, and creating the impression that Value Village (Savers) is itself a nonprofit or charity,” according to the attorney general’s office. The AG backed up its claims, citing research showing shoppers thought a large part of the price of every item—more than a third of the price—would go to charity. In fact, often next to nothing did.

Is Value Village/Savers the Trump Foundation of second-hand stores, saying one thing but doing another, enriching its owners, deceiving the public, and perverting what it means to be a charity under the law?

How does Value Village/Savers generate around $1 billion in revenue from resale of donated items? One way is the 7,000 nonprofits that helped collect goods in return for a payment of $3.5 million, according to its own impact report. There’s also the $170 million another company report says they paid to their 100 nonprofit suppliers. In short, nonprofits ask their volunteers and paid staff to gather and deliver tons of goods that Value Village/Savers then sorts and sells retail or in bulk to recyclers. Value Village also uses logos of nonprofits with permission, though at times, it has used names without permission and without any payments to named nonprofits.

Using test and control groups, the attorney general’s office commissioned professional researchers to assess the impact of Value Village practices on consumers and donors. The final report (as an appendix to its complaint) states:

Business pricing consultant Lawrence L. Steinmetz asks, “What’s the difference between an $8,000 Rolex and a $40 Seiko watch? The Seiko is a better timepiece. It’s far more accurate. The difference is your ability to sell.” Value Village is selling charity, but it’s not paying out.

What business would not be profitable if its costs of product were about 17 percent? Using an industry-standard formula, cost of product + markup = retail price, in this case it appears as though the cost of goods is $170 million, and total sales about $1 billion, suggesting a markup of about $830 million (or about 588 percent). Of course, more goes into a complete accounting of cost and profitability, but with core cost so low, the private undisclosed profit must be quite high.

How many hundreds of millions of dollars might pour into nonprofit accounts to do good work if Value Village really were operated for the benefit of nonprofit services rather than speculators and private investment funds? How many thousands of staff and volunteer hours were redirected on behalf of a closely held for-profit, instead of fulfilling nonprofit missions? How much did not flow to nonprofit work because buyers and donors were misled? Might their charitable giving have been redirected with much greater local impact?

The attention paid to Value Village/Savers and its deceptive practices isn’t new. Investigate West stories in 2015 and 2016 documented the low percentages of revenue from donations that actually went to charities. Value Village said in 2015 it had changed its business model as a result, but the recent filing suggests not much has changed.

The Attorney General’s charges list numerous patterns of behavior that stretch or go over the line ethically, including:

Trust and credibility are among the two most powerful attributes the nonprofit sector has when it comes to attracting volunteers and donations. For the sector to thrive, nonprofits need public trust and legitimacy.

Herrington Bryce, first writing in the California Management Review, and recent author of a book on nonprofit management, described five core transactions as the basis of public trust. After reading the WA Attorney General’s complaint against Value Village/Savers, one might conclude the participating nonprofits violated all five core transactional relationships that form the bedrock of a trusting relationship:

Is the blame entirely with Value Village/Savers, or is it also a clear failing of nonprofit executives and board members? Others see the hazards: What stopped nonprofit board members and executives from taking responsible action? Ultimately, the leadership of these groups should be ashamed at taking advantage of their good-hearted volunteers and donors, as well as tarnishing other nonprofits and charities in their communities.

Perhaps the complaint of the Washington Attorney General against Value Village under the Consumer Protection Act and Charitable Solicitations Act should be required reading for nonprofit board members before they engage in or renew contracts with for-profit businesses.—Kevin Johnson