Many Red States Are Largest Recipients of Federal Assistance 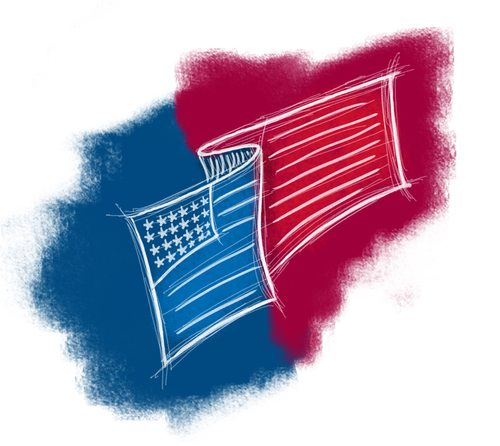 This has been reported in different ways before, but a new report from George Washington University again points out that many “red states” that have been represented in Congress by critics of federal spending are actually the largest beneficiaries or recipients of federal money. Remember this the next time you hear Republicans representing those areas characterize Democrats as the big spenders.

Paul Nyden in the Charleston Gazette writes that West Virginia gets more federal money per person than any other state in the nation. The top five states in rank order by the proportion of their incomes from federal sources are West Virginia (26.2 percent), Mississippi (24.0), Arkansas (22.8), Kentucky (22.4), and Alabama (21.8). The predominant sources of these federal funds counted in the GW analysis are Social Security, veterans’ benefits, Medicare, Medicaid, food stamps, and unemployment insurance. The three largest sources by far are Social Security, Medicaid, and Medicare.

It shouldn’t be hard to figure out the dynamic at play: West Virginia, Mississippi, and the other high percentage recipients of federal income transfers are among the poorest states in the nation, with West Virginia tying South Carolina for the lowest per-capita income in the nation in 2012. West Virginia also has the nation’s second highest proportion of residents older than 65, thus the large volume of Social Security and Medicare income sources.

While these federal sources have been significant mechanisms for reducing income disparities, policy decisions by some of these states may have exacerbated the problem, notably their decision not to expand income eligibility for Medicaid. Mississippi and Alabama are two of the 24 states that have refused to expand Medicaid coverage under the Affordable Care Act.

Nonprofits have a special stake in this analysis. Nonprofits are frequently the advocates and intermediaries for federal assistance to help people in need. There may be ideological purists who somehow think their states are too dependent upon and even debilitated by federal government funding. While nonprofits in Washington have been giving wide berth to government funding as an issue as their leadership tries to keep the sector focused on saving the charitable tax deduction, they know clearly that it is governmental funding that addresses the needs of poor people in these states that won’t be rectified by the otherwise admirable generosity of America’s charitable donors. If it weren’t for federal funding, whatever income and human service difficulties residents of these states face would be much, much worse.—Rick Cohen