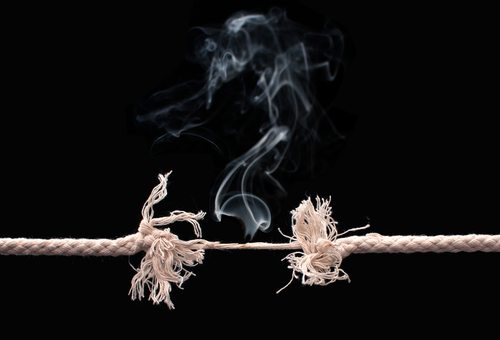 In June, NPQ reported on a standoff between the board of directors of the Museum of Contemporary Art North Miami (MOCA) and its landlord, the City of North Miami, which led to each side suing the other, which led to court-ordered mediation. This week, although the mediation process has not yet ended, first one side and then the other made statements indicating that so far they have, essentially, agreed to keep disagreeing. A report in Curbed described the situation as “a museum divided upon itself.”

Here’s a recap of who said what:

Those exhibitions may prove handy because the North Miami site—which may also have a new name when the dust settles—does not at the moment have access to the highly regarded collection that once filled its galleries. The collection itself is still being “mediated,” and its roughly 600 pieces are in storage, which raises the question of what the new museum being organized by the old board plans to do now that it has twice as much space to fill but no access to the artwork. The new space is being made available rent-free by Miami Design District Associates on the second floor of the Moore Building, and there does not seem to be a clear plan for how long the new museum will be housed there or what its long-term future might be.

All that seems certain so far is that a plan the board had previously floated to merge the collection with the Bass Museum in Miami Beach is no longer in play. That plan, which one North Miami councilman previously called “a modern-day art heist,” is what raises so many red flags regarding mission and governance and whose interests were being weighed as the MOCA board considered its options over the last few years.

As noted in the earlier newswire, the board had for some time been complaining about a lack of attention from the city to building maintenance and security and had been disappointed when a 2012 referendum for a $15 million bond to expand the North Miami facility failed. The board felt the collection was outgrowing its space, and perhaps they had justifiable concerns about the building upkeep and security. But it’s hard to tease out how committed the board was to the MOCA mission, which says that the organization is (was?) “dedicated to making contemporary art accessible to diverse audiences—especially underserved populations—through the collection, preservation and exhibition of the best of contemporary art and its art historical influences.”

The situation is compounded because some board members donated pieces to the museum, and because the collection and the museum’s cutting-edge exhibits had captured the attention of the art world. So of course the board would want a well-maintained facility worthy of the institution’s growing reputation. And perhaps Miami Beach started to look like a better option than fighting city hall.

But moving the art—or at least some of it—out of North Miami is likely to make it inaccessible to many people in that community. And walking away from an essential part of the institution’s mission to set up shop elsewhere is not what governance is supposed to be about.

It’s worth noting that not one of the statements attributed to any of the warring factions this week mentioned the people of North Miami or the mission of MOCA. M’Bow talked about new exhibitions and said, “I am reopening this museum focusing on local artists that have received international acclaim but have not been showcased in Miami,” which may be a sound marketing strategy, but doesn’t speak to the institution’s place in the community.

An editorial on the website of the Miami Herald makes an eloquent case for what is really at stake as the city and the board play tug-of-war with the collection. Author Joy-Ann Reid, who recalls bringing her children to MOCA, “saw it as more than a museum, but rather a rare marker of cultural collusion in a Miami that can be almost Balkan in its tribalism.” She notes that if the collection is depleted, the North Miami institution may no longer be as attractive to tourists, which would hurt the local economy, and may not be able to offer education and outreach programs community residents have come to rely on. She notes that a weakened MOCA would be “a major blow to the greater project in South Florida: to make the various cultures and camps feel like members of one community. That’s a loss that can’t be measured in the value of a collection of paintings.”   —Eileen Cunniffe