OKCupid vs. Mozilla on Marriage Equality 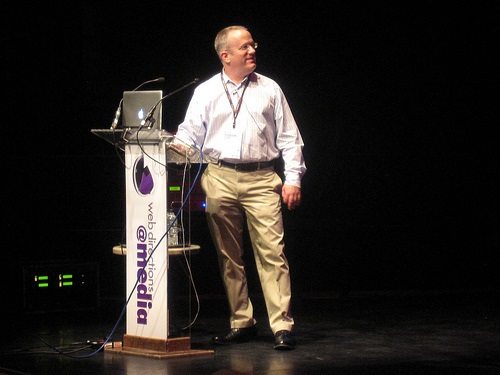 Brendan Eich, a co-founder of Mozilla, has recently been appointed CEO of the company. That resurfaced the fact that he once made a donation to the campaign for California’s Proposition 8, which defined marriage as only between a man and a woman. Brendan MacDougal, Mozilla’s head of development, framed the two sides of the ensuing argument on social media and elsewhere as follows:

“The free speech argument is that we have no right to force anyone to think anything. We have no right to prevent people from pursuing their lives based on their beliefs. That what matters is their actions. And as long as they act in the best interests of the mission, as long as they don’t impose their beliefs on those around them, they are welcome.

The equality argument is that this isn’t a matter of speech. That believing that 1/nth of us aren’t entitled to the same rights as the rest of us isn’t a ‘belief.’ That the right to speech is only truly universal if everyone is equal, first.”

In other words, it has been called a human rights issue.

And if it had stayed an internal argument, maybe it would not have had a significant financial impact but now OkCupid is suggesting that its users avoid Mozilla’s browser, Firefox. Visitors to the site who use Firefox will encounter this statement:

“Politics is normally not the business of a website, and we all know there’s a lot more wrong with the world than misguided CEOs. So you might wonder why we’re asserting ourselves today. This is why: we’ve devoted the last ten years to bringing people—all people—together. If individuals like Mr. Eich had their way, then roughly 8% of the relationships we’ve worked so hard to bring about would be illegal. Equality for gay relationships is personally important to many of us here at OkCupid. But it’s professionally important to the entire company. OkCupid is for creating love. Those who seek to deny love and instead enforce misery, shame, and frustration are our enemies, and we wish them nothing but failure.”

Mark Surman, executive director of the Mozilla Foundation, writes in a blog post, “I worry that Mozilla is in a tough spot right now. I worry that we do a bad job of explaining ourselves, that people are angry and don’t know who we are or where we stand. And, I worry that in the time it takes to work this through and explain ourselves the things I love about Mozilla will be deeply damaged. And I suspect others do [too].”

It will be interesting to see how this plays out.—Ruth McCambridge