New Attack on Planned Parenthood Appears Anemic, but Who Knows? 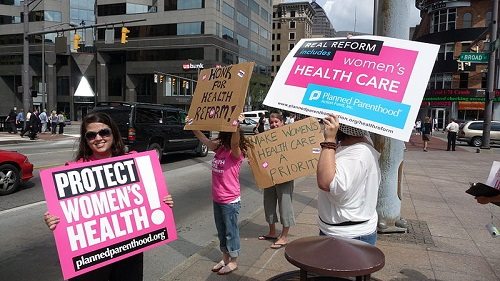 A “new” report by an anti-abortion group called Live Action urges lawmakers to defund Planned Parenthood at a federal level, but it is largely made up of recycled material from the group’s so-called investigations of Planned Parenthood over the last six years.

As in the past, Live Action wants all federal funding cut from Planned Parenthood, despite the fact that none of that funding actually goes towards abortions, on the grounds that the money, used to pay for essential health services for low-income women, essentially subsidizes abortion activity. The group distributed to Congress copies of the report entitled, “Lies, Corruption and Scandal: Six Years of Exposing Planned Parenthood.”

Live Action makes free use of graphic videos on its newly launched website and “sting” operations to try to prove their points. Here is how they describe themselves.

“Live Action is a new media movement dedicated to building a culture of life and ending abortion, the greatest human rights injustice of our time. We use powerful and dynamic media platforms to educate the public about the humanity of the unborn and investigative journalism to expose the threats against the vulnerable and defenseless.

An enterprise built on destroying pre-born children for money leaves few rules unbroken. But the abortion industry’s corruption goes deeper than most people would think: from threatening women’s lives with dangerously bad medical advice, to protecting child sex-trafficking rings, to covering up statutory rape, to actions even more heinous. Live Action’s undercover exposés document these many abuses, so the whole world can see the horrors going on right in our backyards – and paid for with our tax money.”

Eric Ferrero, vice president for communications at Planned Parenthood, said in a statement, “As a high-quality healthcare provider, we have extremely high standards and take swift action if we learn that our high standards are not being met. That’s not what this organization’s political campaign is about; their agenda is to cut women off from access to healthcare.”—Ruth McCambridge