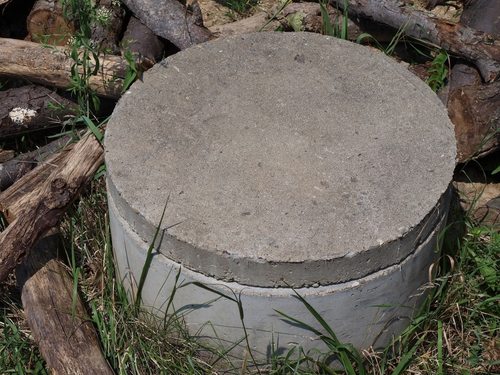 The almost complete silence of nonprofit leadership organizations about government-created and government-controlled nonprofits is kind of embarrassing. The recent spate of government nonprofits involves state governments creating nonprofits (or “public-private partnerships”) to run state economic development activities that were once the province of public agencies. Ohio’s creation of JobsOhio may be the example most well known to NPQ readers due to our coverage of the sturm und drang behind Governor John Kasich’s plan. North Carolina’s attempt to copy the Ohio model is probably the latest, but examples like the creation of Enterprise Florida go back to the mid-1990s.

Getting less attention are nonprofits created by or controlled by municipal or county governments, some of which are quite old. In Newark, New Jersey, residents probably paid scant attention to a nonprofit called the Newark Watershed Conservation and Development Corporation until the past couple of years when the organization disbanded in the wake of leakage. Not water leaks, though reports did show that the water system loses 26 percent of its water through leakage and theft, but scandals, culminating in a thorough and devastating investigation by the Star-Ledger.

Last week’s report is the state comptroller’s investigation, which documented spending by the executive director and others that gave new definition to the word “profligate.” Newark has been in financial trouble for years, but the Watershed nonprofit, in charge of the city’s water and sewer systems, felt no compunctions about lavish self-indulgences, unauthorized expenditures, and other questionable outlays, including two severance packages awarded to the executive director, Linda Watkins-Brashear—one for $209,000 while she was still employed and being paid by the organization in 2006, and a second for $454,000 when she finally did leave in 2013. She also gave more than $1 million in contracts to her friends and her ex-husband, mismanaged a half million dollars in petty cash, and lost another half million in what the Star-Ledger called “dubious stock ventures.”

As summarized by the Star-Ledger, the State Comptroller’s report “accuses Watkins-Brashear and her cohorts of siphoning off millions of city dollars in illegal payments, sweetheart deals and risky stock ventures right under the nose of then-Mayor Cory Booker.” One has to wonder about Booker’s nose. When he became mayor in 2006, he consolidated water and sewer infrastructure control under the organization and provided all of its funding from tax revenues. Although Booker, now a senator, was the agency’s ex-officio chairman, he apparently never attended a board meeting. Booker, according to the report, relied on the city’s business administrator to attend on his behalf, but the business administrator resigned in 2010 and Booker never bothered to name a replacement. Booker’s close friend, “political advisor,” and former law partner, Elnardo Webster, served as the agency’s general counsel, billing more than $1 million between 2007 and 2011 for his services, though saying that he was unaware of any of the misdeeds that occurred during that time.

The Watershed nonprofit’s problems might have been under Booker’s nose, but they connected with his campaign and business interests. The Star-Ledger details some of the expenses charged by Booker’s former law firm partners, including “$22 to read an e-mail, $67.50 to read a Star-Ledger article,” but the money raked in by Webster and his firms hit seven-figure totals. Watkins-Brashear was a donor and volunteer for Booker’s mayoral campaigns, and many contractors showed up as donors to Empower Newark, the political action committee linked to the former mayor, now senator.

A read of the Comptroller’s report is a tutorial in long-running municipal government corruption in Newark. One might hope that Booker would be embarrassed by this soap opera that existed throughout the duration of his service as mayor of Newark, but it seems he actually strengthened the corporation, consolidated more power and control under it, and clearly chose not to be engaged in the oversight of an entity in charge of providing water for 500,000 customers.

The implications for nonprofits are not brought out in the report. If they were, nonprofits would be aghast at the actions taken under the penumbra of the agency’s nonprofit status.

Add it all up, and it is a damning critique of the problems of transparency, disclosure, and oversight of a government-created and -run nonprofit. It should be an opportunity for nonprofit leaders to tell governments to stop screwing around with 501(c)(3)s that get used as means of trading political favors, enriching political and business colleagues, and hiding important information from the public by using the shield of nonprofit tax-exempt status.—Rick Cohen