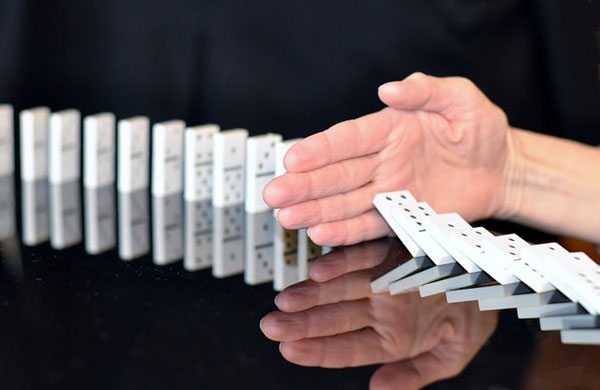 NPQ has written a good deal about the dangers of nonprofits depending too much on a celebrity for their credibility and attractiveness to donors; you can read past stories here and here. But as the #MeToo movement progresses from one sector to another, we have seen this dynamic play out recently, as former idols fall like dominoes.

As more and more women step forward with personal stories of sexual harassment and abuse at the hands of well-known celebrities, the outrage is palpable. The result has been the downfall of many of these celebrities from leadership positions in their industries—entertainment moguls, restaurateurs, leaders in finance and publishing. But some of these men and their organizations were large donors and celebrity spokespersons for charities. They donated and helped to raise millions of dollars in donations, scholarships, and grants for a wide range of nonprofits.

Writing for the Philadelphia Tribune, Sopan Deb clearly lays out the dilemma for nonprofits:

The #MeToo movement has brought down many powerful men and exposed the human pain they caused. Now the collateral damage is becoming clear, as philanthropic efforts that relied on these figures’ celebrity have been derailed or forced to retool.

Since October, when revelations about producer Harvey Weinstein unleashed accusations against other men, organizations have rapidly distanced and denounced their now-unsavory benefactors, in an effort to keep the rest of their donors from fleeing.

Though the money might be sorely needed, “The downside to accepting the dollars is potentially alienating other donors,” said Melanie Ulle, a veteran philanthropy consultant.

“If we accept these dollars for this scholarship, is that going to offend donors for these other scholarships?”

The impact has left some organizations without a donor base, as their donors look elsewhere to give. The Kevin Spacey Foundation opted to close its doors after accusations of sexual misconduct against its namesake and founder. Other nonprofits have had to make hard choices about accepting or not accepting gifts from donors who carry the shadow of these accusations. Cornell University’s school of architecture turned down a large gift and endowment from its famous alumnus Richard Meier after he was accused of sexually harassing female employees. This could not have been an easy decision. University of Southern California turned down a $5 million pledge from Harvey Weinstein to fund an endowment for female filmmakers, and Spelman College discontinued the professorship that was endowed by a donation from Bill Cosby and his wife and then gave the related money to a foundation created by Camille Cosby only.

“On the other hand,” as Deb reports, “the #MeToo movement has spawned meaningful philanthropy of its own.”

Time’s Up, the initiative backed by hundreds of Hollywood figures to fight sexual harassment and gender imbalance in the workplace, has raised $21 million for its legal defense fund on a GoFundMe page.

“Certainly, in terms of dollars and cents, it has been a net gain,” said David Callahan, editor of Inside Philanthropy.

The use of celebrity spokespersons comes with benefits and costs. Even when recruiting that very popular local TV weather forecaster to spearhead their next fundraiser, nonprofits may want to proceed with caution.—Carole Levine