Nonprofit Takes a Principled Stand against Donations That Exclude 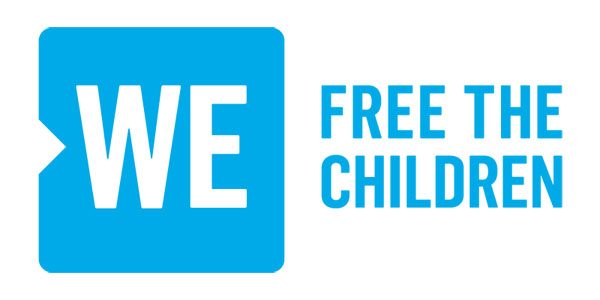 WE Charity began as Marc Kielburger, then a 12-year-old child, had a desire to keep other children alive around the globe. He gathered school friends and got started with a small program that ended up being a development model for transformative social change. Registered as a Canadian public charity in 1997, the international organization had revenue of $31 million in 2016. The mission of WE Charity speaks to, globally, “empowering communities to lift themselves out of poverty through our holistic, sustainable international development model, Free the Children’s WE Villages.” They collaborate to educate in grades 4 through 12, with programs that include indigenous people, which “create transformative social change.”

Recently, WE Charity asked to be removed from the acceptable list of charities from the Halton Catholic District School Board in Ontario, Canada. The school board had determined in January that it would forbid any of the 33 schools in its district from donating to any organization that funds anything that violates Catholic doctrine. The initiative, named the “Sanctity of Life” doctrine, bars donations to any organizations that support “either directly or indirectly, abortion, contraception, sterilization, euthanasia, or embryonic stem cell research,” and requires that organizations wishing to be eligible for donations to fill out a form attesting to that fact.

The school board removed an initial 70 organizations from the list of nonprofits that can receive donations from the various schools. (Together, the various Halton schools raised about $316,000 for charities during the last school year.) A shelter for women and their children, Halton Women’s Place, was still on the list even though, according to their executive director, Diane Beaulieu, they support the reproductive rights and choices of women. It was subsequently removed from the acceptable charities list.

WE Charity had also remained on the list of acceptable charities…until it decided to remove itself. In a released statement, WE Charity supported a petition by students, parents, and educators to allow the schools to choose their charities. The nonprofit declared it is apolitical and secular, and that since determining their giving focus is part of the education process, the students “should be respected when choosing the causes and charities they support.”

WE Charity seeks to turn “students into leaders,” and on this important issue, feels a strong solidarity with student leaders. We believe that self-directed service learning is an important part of the educational journey of students.

The nonprofit is using the occasion as a lesson and example of what they strive to teach children and young people.

Another organization did not sign the required Halston Schools form but is asking for an exception. The Canadian Cancer Society (CCS) allows funding for embryonic stem cell research. CCS is asking the schools to just fund Relay for Life events, raising funds for other types of cancer research.

“We feel that the motion fails to acknowledge the complexity of our work as a charity and the significant impact we have on the lives of cancer patients and their families,” said Tanya Henry, vice-president of CCS’s Relay for Life in Ontario.

“Under Catholic teachings, it’s very clear that no Catholic dollars should be supporting organizations even indirectly which promote a culture of death,” said Jack Fonseca, who is with Campaign Life Coalition.

One of the parents, David Harvey, complained about the broadness of the initiative and feels that there wasn’t any inquiry on the impact of it. “It was done policy first, and then we’ll look at what the practical implications are, and I think that’s just completely backwards,” he said.

With the pushback from parents and students, community feedback will be included in a board meeting, as the Halton Catholic trustees decided to send the policy for review to the various stakeholders. Meanwhile, WE Charity continues to support communities in need holistically—clean water, healthcare, education, alternative income projects, and food security around the globe. And the healthcare includes women’s health.—Marian Conway