Round 2 for the Affordable Care Act: The Agenda for Nonprofits 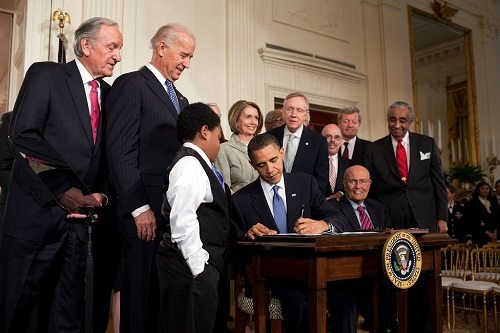 One year ago, the launch of the Affordable Care Act was so troubled and chaotic that the very survival of national health insurance reform seemed to be at risk. Now, despite the huffing and puffing of the likes of Senator Ted Cruz, the Affordable Care Act has been firmly ensconced in public policy, joining Medicare and Medicaid as the most significant changes in American social policy since FDR’s promulgation of Social Security.

Like the Affordable Care Act, Social Security had a troubled launch, albeit without the grandiosity of a web portal disaster like HealthCare.gov, and faced scathing attacks from the 1930s’ versions of the Koch brothers, but now just about no one would be so politically stupid to call for the repeal of Social Security.

Notwithstanding the likelihood of vainglorious attempts by some to call for repealing the Affordable Care Act, it is all but obvious that national health insurance reform has gained a permanent place in the nation’s array of social welfare policies. As Politico noted, even “the insurance industry believes Obamacare is here to stay no matter who wins control of the Senate this fall.” The impacts and indicators of success of the Affordable Care Act are visible and measurable:

Despite these and many other indicators of Affordable Care Act achievements and successes, there is much yet to be done to work through problems and shortcomings in the parts of the nation’s healthcare system. That’s where there are important roles for nonprofits, not just health-related nonprofits such as clinics and hospitals, but all nonprofits to ensure that the Affordable Care Act achieves what it can and should.

Navigating to Those Eligible who Remain Uninsured

Assume that when the next round of open enrollment for health insurance starts in November, HealthCare.gov will be working much better than it did a year ago. (It could hardly be worse.) Even those state exchanges that found themselves with troubled launches should be in general much improved. Given the technological obstacles that consumers faced in October of 2013, the achievements of the Affordable Care Act to date are attributable in many ways not to technology, but to human beings, particularly the people who functioned as “navigators” who helped consumers understand the options they faced on the exchanges and access services and subsidies they needed.

The Kaiser Family Foundation studied the work of the navigators and found that the various navigator or “assister” programs provided services to some 10.6 million people, about 90 percent of whom were uninsured when they reached out to navigators for help. Because of the complexity of the new law and the various problems with the federal and state exchange portals, providing assistance to consumers was not easy, often taking one or two hours per case. Navigators went to churches, homeless shelters, supermarkets, fairs, food banks, and other places to make themselves available to people who might need help in getting the health insurance coverage they deserved. Their achievements are a tremendous testament to the nonprofit sector, as most of the organizations that sponsored assister programs were nonprofit service organizations and nonprofit health centers:

However, the millions of people the navigators reached in the first year might have been the easier targets. The remaining eligible uninsured may actually not know much about the Affordable Care Act and its individual mandate, may not understand much or anything about health insurance coverage, and may be apprehensive about dealing with issues of cost, taxes, and federal regulations.

For some navigator groups that just received new federal funding in preparation for the new enrollment period, their experiences the first year will give them a leg up on figuring out how to reach and how to help the uninsured in round two. However, the first year showed that the states with the greatest achievements in providing the uninsured with coverage were states with their own exchanges and states that had expanded Medicaid coverage. That means that the states that have historically had huge numbers of uninsured—for example, Texas, with 6 million uninsured—pose the biggest challenges. In Texas, like his predecessor Rick Perry, GOP gubernatorial candidate Greg Abbott, leading in the polls against Democrat Wendy Davis, has pledged to do all he can to prevent that state’s cooperation and compliance.

Reaching consumers who don’t know or are apprehensive about health insurance, and reaching consumers who happen to be in states where legislatures and governors are committed to last ditch opposition to social progress, will be a difficult obstacle for navigators to overcome.

It was one of the stupidest (another word maybe?) pieces of political pandering during the run-up to the congressional vote when Senate Democra