Six Changes for Nonprofits as Results of the Affordable Care Act 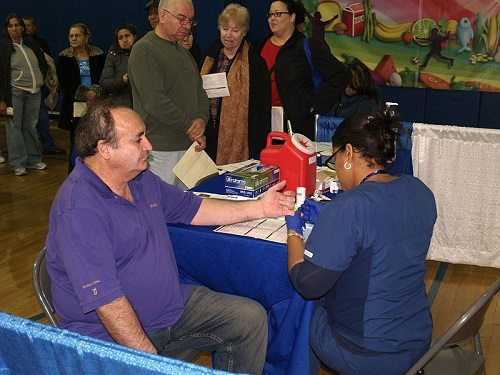 This month, the landscape of this country’s conception of the social safety net rights of Americans changed. Regardless of its flaws, having been imposed as a result of political compromise and political acrimony, the Affordable Care Act has introduced, however weakly, the concept that Americans should have a right to health insurance coverage. As of the end of the official ACA sign-up period, this nation won’t—and shouldn’t—move backward and retreat from the advances it has made in the past four years toward expanding health insurance coverage for Americans. However, that doesn’t obviate the gaps in the ACA’s coverage, the millions of people still left on the sidelines, and the serious questions about what might be expected from the private insurers that are the bulwarks of the program regarding costs and coverage.

Critical in moving forward with a strengthened, more robust system of health insurance coverage is the role of the nonprofit sector. Nonprofit clinics will be crucial in responding to the needs of the remaining uninsured and the many insured who nonetheless cannot afford their premiums and co-pays. Like nonprofit clinics, nonprofit hospitals are going to play new and different roles in the delivery of healthcare services. But beyond the nonprofit healthcare providers, all nonprofits are going to be impacted by changes coming from the Affordable Care Act. In some cases, the changes have been highly positive and show great potential for the future; in others, the results have been disappointing and suggest much more work needs to be done.

We propose six major changes and challenges for all nonprofits in the wake of the first major step toward relatively full implementation of the Affordable Care Act as of the end of the official enrollment period.

1. The healthcare environment has changed—forever

“Armageddon has not arrived,” President Obama exulted. “The Affordable Care Act is here to stay.” Like the gnashing of teeth that greeted Social Security in the 1930s and Medicare and Medicaid in the 1960s, diehard opponents of the Affordable Care Act did everything they could to undermine and undo the enactment of a law dealing with the failure of the private—and public—insurance to cover tens of millions of Americans. Unlike having had to face off against President Roosevelt and Labor Secretary Frances Perkins over Social Security and President Johnson, Congressman Wilbur Mills, and Social Security Commissioner Robert Ball regarding Medicare, opponents of the ACA had to deal with Barack Obama, not quite a Capitol Hill power player like Roosevelt or Johnson, and HHS Secretary Kathleen Sebelius, in charge of a very difficult (to put it mildly) rollout of the program. Even with that, the ACA survived, despite apocalyptic charges and desperate ploys from opponents such as Senator Ted Cruz (R-TX) who tried to single-handedly shut the federal government through a 21-hour Senate tirade against the ACA.

Cruz and others may consider the ACA a victory for creeping socialism, just like members of the Senate in the 1930s who tried mightily—and failed—to get Secretary Perkins to say that Social Security was even a tiny bit socialist. Social Security not only survived, but now even conservative Republicans speak up to defend it as well as Medicare. (Medicaid doesn’t get the same kind of conservative support because it focuses exclusively on low-income people.) Now that the ACA is an indelible part of the landscape of assistance to Americans, nonprofits no longer have to advocate for national healthcare reform, but to ensure that it is modified so that drafting errors and programmatic cul-de-sacs are fixed and people who should be covered get the coverage they need and deserve. They have to make sure that the program is implemented as effectively as possible. They have to monitor the performance of healthcare service providers to connect the idea of expanded health insurance coverage to the reality of expanded healthcare access and improved healthcare outcomes. The entire nonprofit sector has to stand up to today’s politicians who want to turn back the clock and explain that this nation cannot go back on its commitment to improve healthcare for all Americans. The ACA in all likelihood deserves improvement and changes, but in progressive, not regressive directions.

Even before Obama’s election, grassroots organizing on healthcare reform was evolving into a national campaign, much of it under the aegis of a coalition called Health Care for America Now (HCAN), with coalition membership including major unions such as AFSCME and the Service Employees International Union (SEIU) and political advocacy organizations such as MoveOn, the Center for Community Change, and USAction. The campaign received substantial amounts of funding, primarily from Atlantic Philanthropies ($27 million), other foundations ($6 million), individual donations ($6 million), and contributions from organizational partners (approximately $9 million).

The tasks going forward for nonprofit advocates are going to change as the ACA, despite the implementation problems encountered to date, shifts from a new program just getting underway to an ongoing element of the nation’s social safety net infrastructure. Our guesses about some of the advocacy agenda changes for nonprofits would be the following: