Small Theater Board in Hot Water: Common Sense May Have Been Useful 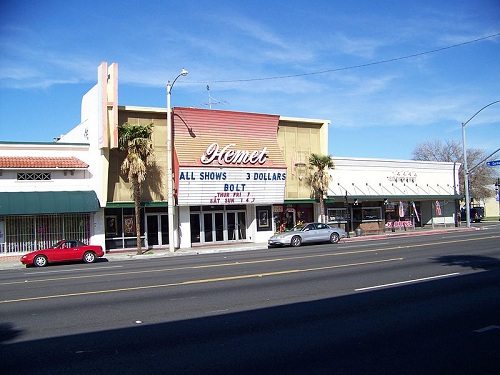 The ornate Hemet Theater, built in the 1920s in Hemet, California, was where people in the area traditionally went to the movies. In 2010, a fire in a building next to the theater damaged it, and an effort got started to remake the venue into a performing arts space. But the four founding board members of the nonprofit organization which formed a year and a half ago to buy and rehab the theater “have left the building” after it came to light that the board members had paid themselves $30,000 out of the $113,000 raised and $15,000 borrowed in 2012.

“Holy mackerel,” commented Bob Duistermars, CEO of the Central County United Way. “It does surprise me.” Duistermars said that the United Way in that area would not fund an organization that paid its board.

But as many nonprofits know, the rules about this practice are often vague, so the office of the attorney general is less absolute, advising only against “unreasonable or excessive compensation.” Its Guide for Charities reads, “Most directors of public benefit corporation serve on a volunteer basis, and do not receive compensation, other than occasional reimbursement for actual expenses of attending meetings…California law does not suggest what amount of compensation to a director is reasonable. That is determined on a case-by-case basis according to the particular fact and circumstances. The Attorney General audits payments to directors that are more than nominal.” Still, it was the attorney general who was called when donors sensed a problem.

Sharon Deuber, her mother, Nick Reed, and Jason Strain were the trustees when, last summer, donors acting as members demanded that Deuber and her mother step down and that the board continue unpaid. Concerns about the uses of monies raised made their way to the office of the state attorney general. After an investigation that resulted in no criminal charges, it recommended that any payments made to the board members be repaid to the foundation. Reed and Strain remain on the board, saying that Deuber said the payments were permissible. Deuber and her mother are repaying what they owe through the office of the attorney general.

Bruce Wallis, a local attorney working to disentangle the group from its mistakes, said the foundation’s problems flowed from a lack of experience. Indeed, as many of us know, the guidelines on these kinds of issues are always partly driven by rules, but also by established local practice and common sense.—Ruth McCambridge