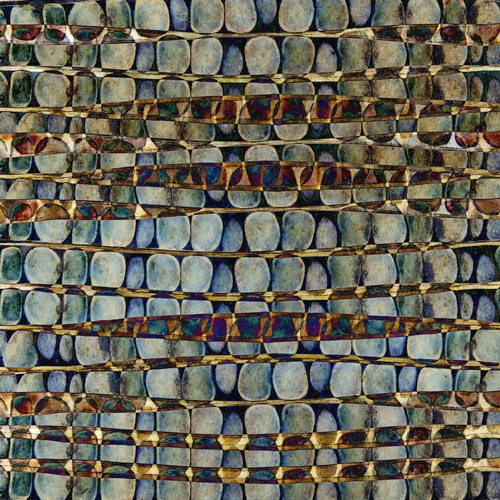 What issue could bring Senator Ted Cruz (R-TX) and Senator Al Franken (D-MN) into bipartisan partnership? Social impact bonds (SIBs)—or pay-for-success (PFS), depending on one’s preferred terminology. Both legislators have been effusive about the reauthorization of the Workforce Innovation and Opportunity Act (WIOA), and Franken seems to have made workforce development one of his top priority issues. A core component of WIOA noted by many of its supporters was the legislation’s $300 million commitment to pay-for-success programming aimed boosting effective, evidence-based efforts in job training.

For the two senators and most of the U.S. Congress, SIBs are real, immediate, substantive, and promising—enough to justify devoting hundreds of millions of dollars to pay-for-success programming on a range of social issues. For others, they are a public policy phantom, largely unproven but highly touted by some academics, a number of private foundations, and a bevy of consultants, and broadly endorsed by Republicans and Democrats, nonprofit service providers and for-profit entrepreneurs. As this issue of the Cohen Report explores, this potentially phantom program is getting serious consideration at the federal government level and in a variety of states.

The WIOA legislation is the latest piece of federal policy promoting SIBs/PFS as an avenue for public policy solutions to knotty problems. According to a fact sheet distributed by the office of Senator Patty Murray (D-WA), the bill’s lead sponsor, up to 10 percent of funding for job training projects administered by local Workforce Investment Boards can be used for pay-for-performance initiatives. Don’t think that this was a throwaway component of the legislation. Social enterprise lobbying groups like America Forward (which played a big role in the adoption of the Social Innovation Fund) lauded the PFS provisions of WIOA. America Forward, in fact, specifically noted its role in working with Senator Rob Portman (R-OH), Senator Michael Bennett (D-CO), and Representative Susan Brooks (R-IN) to get the PFS language included. (America Forward is identified as a “nonpartisan initiative” of New Profit, Inc., which was founded by Vanessa Kirsch, who herself founded Public Allies, and is governed by a 15-person board that includes three executives from Bain Capital as well as representatives of other investment firms.)

In America Forward’s list of the “10 Greatest Hits from the Workforce Innovation and Opportunity Act,” the PFS component ranks first and gets more word-space than any of the other “hits.” Despite exceptionally limited experience in the U.S. and overseas with actual SIB programs or projects, the SIB/PFS juggernaut is going great guns due to enthusiasts such as New Profit. With President Obama’s signing of the WIOA legislation earlier this week, it is an appropriate moment to take stock of where the SIB movement has made inroads into federal and state public policy and where it might go in the future.

The WIOA’s pay-for-success provision is substantial. As many commentators have written, the amount of money available for workforce development training and placement programs could be as much as $300 million through the Act. PFS in WIOA fits the Obama White House’s longstanding enthusiasm for SIBs. In its Fiscal Year 2012 budget explanations, the Office of Management and Budget observed that Pay for Success Bonds (even though they aren’t bonds) involve philanthropic and private sector investors “to deliver better outcomes” for all levels of government and “minimize risk to government” (because government ostensibly only pays when outcomes are achieved).

In Fiscal Year 2013, the White House called for $100 million for PFS pilot projects. In its FY 2014 package, the White House proposed a $300 million PFS incentive fund to be administered by the Department of Treasury plus $195 million for PFS projects sponsored by the Departments of Labor, Justice and Education. Ironically, the White House suggested that its FY2013 proposal was justified in part by state initiatives such as the one “being implemented…as close as the State of Maryland,” though Maryland’s SIB program was the recipient of a devastating legislative report and eventually stalled in the legislature.

Not surprisingly, the WIOA authorization of workforce development SIBs follows the announcement of an $11.2 million SIB competition administered by the Corporation for National and Community Service’s Social Innovation Fund. With applications due next week, SIF is looking to fund a number of nonprofits and government agencies with grants between $200,000 and $1.2 million to assess the feasibility of PFS efforts and build local capacity to implement them and between $200,000 and $1.8 million for structuring PFS programs. Given SIF’s track record regarding its selection of New Profit as one of the original SIF grant recipients despite much concern about potential conflicts of interest in its selection process, including some trenchant observations from SIF reviewer Paul Light, one might wonder whether the numerous advocates of SIB/PFS programs like this one will do more than influence the agency to reward the major promoters of the concept. Hopefully, nothing that would raise those sorts of suspicions will happen this time around.

Social impact bonds must be a heady experience for a Congress that cannot bring itself to do much of anything in a bipartisan manner. Around the same time as the WIOA legislation was making its way through Congress, Representative Todd Young (R-IN), joined by Representative John Delaney (D-MD), introduced the Social Impact Bond Act with the support of a handful of other members, including a couple with national profiles—Aaron Schock (R-IL) and Joe Kennedy (D-MA). Young, however, is clearly the enthusiast behind the bill and described the purpose of the legislation on his website:

“Under the proposed legislation, the federal government would establish desired outcomes to pressing social challenges that, if achieved, would improve lives and save government money. State and municipal governments could then submit proposals to work towards those outcomes—such as increasing adoption rates of teenagers in foster care, or improving the health and mortality rates of infants born into low-income families—by scaling up existing, scientifically-proven interventions. Private sector investors would provide the capital needed to expand the existing programs, and, if an independent evaluator were able to validate that the desired outcomes were met and money was saved, the investors would be paid back their initial investment plus a small return from the realized government savings.”

The logical implication of the Young legislation would be to convert an unending array of federal programs into potential SIB/PFS funding venues. Their language has a lot of belief and hope instead of evidence for these efforts based on evidence-based programming. For example, Delaney proclaimed, “The Social Impact Bonds already being implemented in the States prove it can be done, and if we want federal savings, we need to get the federal government involved.” As he knows, probably better than most of his colleagues due to a trenchant analysis of SIBs prepared for the Maryland legislature and presented recently in testimony at a congressional hearing, there are only a handful of SIB/PFS programs underway anywhere—perhaps as many as four in the U.S.—and none have reached a point where they can be pointed to a “proof” of the SIB concept.

Delaney added, “This bipartisan legislation harnesses the power of the private sector to improve government services while saving taxpayer dollars.” The history of privatization of public services has not been quite so across-the-board positive as Delaney intimated. Representative Joe Kennedy added an aggressive set of expectations for SIBs in public policy: “By breaking down traditional barriers between the public and private sectors, these tools expand our capacity to address everything from unemployment to child welfare to substance abuse treatment.” Representative John Larson (D-CT) waxed enthusiastic about SIBs’ ability to tap the “entrepreneurial spirit and innovation of the private sector.”

The sales pitch is bold and strong regardless of whether there is sufficient experience behind SIBs to warrant the statements. An organization called Results for America recently convened a discussion with Young and Delaney under the moniker “Moneyball for Government,” involving representatives of the Nurse-Family Partnership, the Center for Employment Opportunities, and the Manpower Development Research Corporation (MDRC)—all engaged in components of current or planned SIB/PFS programs—to embellish the Young/Delaney pitch. Moneyball’s “founding all-stars” are also bipartisan luminaries: former New York City mayor Michael Bloomberg; former director of the Office of Management and Budget in the Obama administration, Peter Orszag; the former director of President Obama’s Domestic Policy Council, Melody Barnes; former Republican Congressman and head of OMB in the Bush administration, Jim Nussle; and former director of the Domestic Policy Council in the Bush administration, John Bridgeland. SIBs may be part of applying the theory of moneyball to government—like Billy Beane’s Oakland Athletics, small money may yield outsized results on the playing field—but a handful of SIB experiments do not constitute a full season’s worth of experience for making the kinds of glowing proclamations that SIB advocates typically do.

Although experience with SIBs is very limited and there are serious questions about how they might function, they have a coterie of advocates who are committed to promoting and promulgating SIB programs and legislation throughout the nation. With major supporters such as the otherwise liberal Center for American Progress (whose Q&A report on SIBs was co-authored by former Obama administration Office of Social Innovation director Sonal Shah), the private sector-lauding SIB concept draws in supporters who one might otherwise expect to have some qualms about the impact of private sector leadership in the solution of social problems.

Policy innovations often don’t wait for evidence of their success, even when they are social impact bonds, which are predicated on private and public investment in evidence-based programs. State legislatures have considered several SIB bills or called for feasibility studies in recent months:

All of these state government initiatives follow earlier major state SIB announcements, such as a program in Massachusetts in 2012 that included an effort to increase the number of supportive housing units to be produced in partnership with the Massachusetts Housing and Shelter Alliance, the Corporation for Supportive Housing, Third Sector Capital Partners, and the United Way of Massachusetts Bay and Merrimack Valley, and Minnesota’s Pay for Performance Act, which authorized $10 million in Human Capital Performance (HUCAP) bonds for a variation of the SIB model.

The reality is that introducing legislation that adapts the standard language of SIBs, much like the legislation that spread for a couple of years promoting low profit limited liability corporations (L3Cs), is relatively easy. Getting legislation passed and seeing SIBs come to fruition and success are much more difficult. Many states have witnessed SIB legislation come and go over the years. The problem, as the Minnesota Council of Nonprofits’ Jon Pratt told Nicole Wallace of the Chronicle of Philanthropy, is that SIBs have “been overpromoted and oversold…We have yet to have a single transaction completed, and yet multiple states and multiple agencies are jumping ahead.”

Pratt’s point is at the crux of the matter. Any critical thought about SIBs gets volumes of commentary from legions of SIB promoters such as Social Finance, Third Sector Capital Partners, and a bevy of consultants who hope for roles and stakes in the movement. Few researchers have issued much in the way of critical commentary. With foundations such as Irvine, the California Endowment, and particularly the Rockefeller Foundation, whose former VP is now leading the Nonprofit Finance Fund in the SIB movement, it isn’t hard to imagine how much easier it is to get funding to write supportive analyses about the upsides of SIBs and how difficult it might be to get support for critical reviews.

With this beehive of activity promoting SIBs and PFS, none of which have reached a point where they demonstrate success or failure, how mu