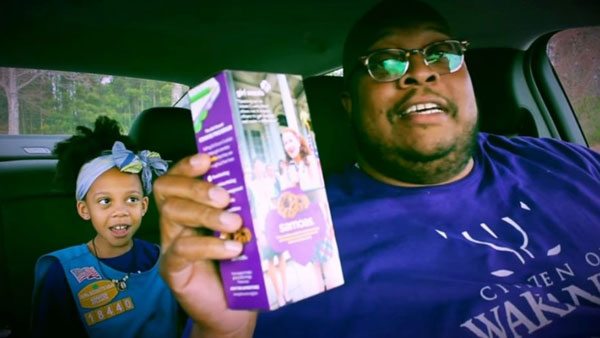 There has never been a better argument for supporting the Girl Scouts than this video of Charity Joy and her father Seymour Harrison Jr. doing a rendition of Donald Glover’s “Redbone,” but with some excellent cookie selling lyrics.

Their video went viral and attracted many cookie buyers—including Glover himself, who bought 113 boxes when he met the six-year-old on Late Night with Steven Colbert.

Here is the original, sung by Donald Glover, aka Childish Gambino.