Suffolk University’s Board Needs an Intervention 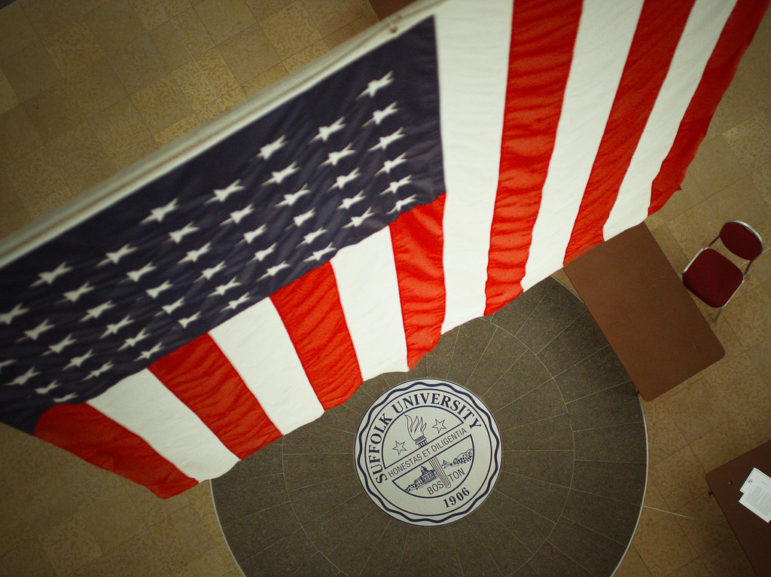 The board of Boston’s Suffolk University has hired five presidents in five years. (How do you spell dysfunctional?) The latest, Margaret McKenna, was fired after only one year. The reason is unclear except for what is being assumed, which is that she got on the last nerve of a board that is both highly confused and highly controlling. McKenna is, by the way, a seasoned professional, having led Leslie College for 22 years, but she is rumored also to be a “take charge” kinda woman.

Robert Lamb, chair of the board, released a statement saying simply, “it is unfortunate that we were not able to reach an amiable resolution with our former president but it is now time for Suffolk University to move forward.”

A letter to McKenna informed her, “Your computer and building access has  [sic] been terminated.”

McKenna has said that the reasons given to her for her termination were that she gave information to accreditation officials about the school; that she did not communicate properly with the board about those accreditation officials; and because she met with the Boston Globe’s editorial board in February. The accrediting agency, by the way, has been pressing questions since 2014 about the institution’s governance.

Seems to me communicating with an organization that controls your college’s accreditation is a basic responsibility of a college president, not a fireable offense. As for the meeting with the Globe—which I attended—McKenna was candid about the challenges of working for a board of trustees that doesn’t understand what trustees do, but that shouldn’t be a fireable offense either. Truth should be a defense.

The Globe reports that it received a letter from the board asserting that McKenna had been terminated for “cause,” which included “multiple breaches of the employment agreement and your fiduciary duties to the university.” Not exactly illuminating and absolutely infuriating to faculty, students, and other onlookers who would like there to be a supportable reason for the disruption.

As it turns out, McKenna had agreed to leave in September 2017 if past president Andrew Meyer would also leave the board, which he did this past spring. So the board fired someone who had already agreed to quit, creating yet further questions about the governance of this unstable institution, as the following quote suggests.

Provost Marisa Kelly became interim president with McKenna’s ouster. She is an expert on government, but that may not prepare her to deal with the banana republic that has (temporarily) placed her in charge.

In terms of making the position attractive to potential candidates, things really couldn’t get much worse. McKenna only took the position after University of Massachusetts president Martin Meehan turned it down, and at that point they had no other serious candidates.

The biggest problem with the Suffolk job is not the board. The biggest problem is the war launched by a man who isn’t on the board: public relations executive George Regan. He wields an unheard-of influence for someone who is not an official of a college, or even a trustee. The investigation that led to McKenna’s ouster was sparked by Regan, who claimed—after McKenna canceled his firm’s contract with the school—that she had behaved unethically in office.

But McKenna is not one to be dismissed so offhandedly. She released a statement that declares as much:

I came to Suffolk University with an open heart and a plan for reform. I fought a good fight against entrenched interests and a board that did not understand university governance, as evidenced by a revolving door of now six Presidents in as many years.

In February, I made an agreement with the board that I believed served the interests of Suffolk University, its students and its faculty. But, sadly, the forces that have been at work since the inception of my presidency have continued through these months to undermine that agreement.

In response to allegations in a demand letter sent by George Regan, subsequent to his termination as a vendor, the board authorized an intensive and extremely costly investigation. The investigation found absolutely no evidence of any financial misconduct of any kind. During today’s meeting, there was no mention of substantive findings relating to Regan’s allegations.

There were three reasons given for the termination for cause: Inadequate communication regarding NEASC to the board; providing certain information to NEASC, including the letter written by the Faculty Senate; and my participation in a meeting with the Boston Globe editorial board after the February 5th agreement was announced.

I believe this termination is unfair and, in pursuit of the truth, I plan to pursue a mediation process.

The last six months have been among the most difficult of my professional life. I have been disheartened by the violations of basic process and the negative impact on the truly outstanding Suffolk University academic community. Suffolk University most assuredly deserves better.

Many in Boston are a little confused as to why the mayor or governor or attorney general are not stepping in to insist upon the righting of this ship. It is a chaotic ethical blight in the middle of a city known for its educational institutions, and everyone is waiting for a sane and powerful intervention.—Ruth McCambridge