A small survey of 114 leaders of nonprofits with budgets between $100,000 and $200,000 finds that 43 percent of respondents view online fundraising as only “somewhat effective” relative to traditional direct mail, and 35 percent say it is “not particularly effective.” Only three percent see it as “highly effective,” even given the cost considerations.

While the survey is very small, those findings are fairly stark and may serve at least as anecdotal evidence to which we need to pay attention. The accounting firm Marks Paneth, which presumably has no dog directly in the fundraising game, conducted this Nonprofit Pulse survey. Respondents included executive directors, CFOs, treasurers, COOs, development directors, vice presidents and board members.

Perhaps more significantly, 82 percent of the respondents say they’re worried a dependence on digital channels may be diminishing the effectiveness of their communications with supporters.

The survey findings include a few other interesting points, albeit from the perspective of larger nonprofits, but you can read them for yourselves. These points are food for thought about the balance your nonprofit strikes in its own communications with supporters. Are you mixing face-to-face, paper, and online encounters in a way that keeps people engaged?—Ruth McCambridge

After the Yes: Twelve Questions You Can Ask Donors 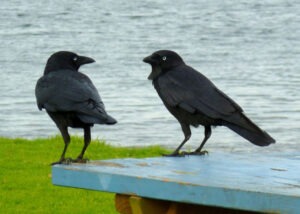 Back to Basics: How to Build Relationships that Last