That’s Not My Board! Former Sweet Briar College Board Member Says Board was Dysfunctional 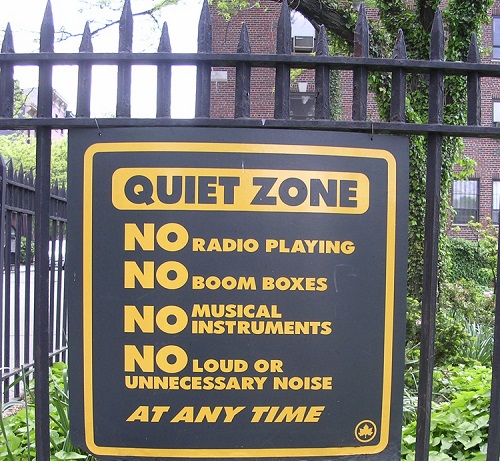 NPQ has reported extensively on the controversial decision and ongoing battles over the Sweet Briar College board’s decision to close this August due to financial difficulties and enrollment concerns. In the various suits and protests, much has been said about the perceived failures of this board. On May 26th, board member Diane Dalton wrote a defensive piece for the Washington Post entitled “Sweet Briar Leaders Didn’t Kill off the School: ‘External Forces’ Did.” Now, Richard Leslie, a former board member who served for seven years until June 2014 and who says that the thoughtful and deliberative board described by Dalton is one with which he is unfamiliar, has written a response that should resonate with too many of our readers. To those who read about nonprofit scandals and crises and say, “Where was the board?” Leslie’s article provides valuable insight.

Leslie’s article focuses on two key weaknesses familiar to governance experts. First, the college’s executive committee, or a subset of the committee including the college’s former president, generally made all of the important governance decisions without full board participation, though Leslie writes that the larger board was occasionally asked to ratify something. Second, the exercise of Ms. Parker’s role as president was accompanied by frequent senior staff turnover, which should always spark board attention, and a decrease in independent board access to key information. Leslie writes, “In short, every senior staff position was replaced, some twice, in a five-year period.”

In fact, Leslie writes, “all board members were specifically instructed not to contact a member of the Senior Staff without first obtaining permission of the relevant committee chair and the president.” In general terms, facilitating board communication through committee and the CEO is good practice, as it helps keep all leaders informed and minimizes the risk of board members attempting to influence (“micromanage”) the staff without the knowledge of the full board and the CEO. However, Leslie’s complaint may reflect discomfort or dissatisfaction with the information, or lack thereof, that he had access to as a board member.

“This came to be a board largely created and certainly dominated by the president,” asserts Leslie, “Her dictates were carried out by an all-too-obedient chairman and endorsed by a small coterie of the executive committee.” Many nonprofits have relatively large governing boards and, by design or by default, allow their executive committee to act as the real decision-makers for their organization. Many CEOs are comfortable with this arrangement, not only because it is easier to deal with a smaller group, but also because it’s often the case that the executive committee’s membership has been approved of by the CEO and is more likely to be supportive; i.e., less critical, of the CEO.

There are several problems with this approach. First, legally speaking, all governing board members share equal responsibility—and liability—for their organization’s actions. The defense of “I’m on the board but I’m not in charge” is being treated more and more as the oxymoronic statement that it is. Second, as the board decision-making group becomes ever smaller and more insular, it can suffer from a lack of vision and, dare we say, intelligence. This takes us back to where we started on this story. This board had battened down the hatches. While it did engage in strategic planning, it did not have the capacity to remain nimble in a changing environment and it had cut off many of its nerve endings.

These kinds of cultures on governance bodies are hard to break apart precisely because they are self-reinforcing. In this case, there was a crowd of stakeholders who might have been of use to the board in charting a path to success who are now actively working to wrest control from a board they see as incapable and desperately trying to hold on to the reins of a horse they cannot ride.

Leslie says he was finally asked to resign by a compliant board chair doing the bidding of an autocratic CEO. Not only did Sweet Briar lose the advocacy of a board member, it made Leslie into an adversary who believes he is fighting against the leadership on behalf of the college, and believes it necessary to do so very publicly.—Michael Wyland and Ruth McCambridge