The Financial Cost of the State Health Exchanges that Failed 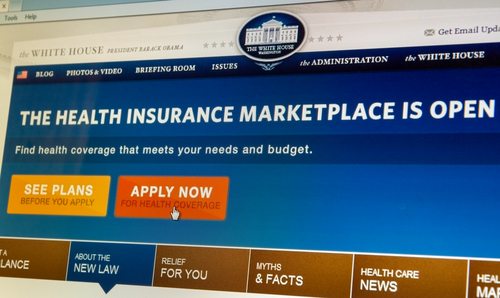 NPQ has previously covered the challenges some states have faced in implementing state insurance exchanges as part of the Affordable Care Act (ACA), also known as Obamacare. Politico’s article mentions technological difficulties plaguing exchanges in Maryland, Oregon, Massachusetts, and Nevada. NPQ has reported on the problems in Oregon and Maryland, as well as the difficulties faced in Hawaii, another state that Politico says could add significantly to the running total. Minnesota’s state exchange is also on Politico’s watch list of potential failures, and others may join in as cost-per-enrollee analyses are publicized. For example, California’s exchange cost per enrollee was below the national average at $758, but the state’s exchange cost more than a billion dollars to set up.

The Kaiser Family Foundation estimates that the federal government has authorized just under $4.7 billion in support for states to establish their insurance exchanges. Not surprisingly, reports of programming failures are prompting calls for investigation and accountability.

One effect of states having problems with their insurance exchanges is that more states have shifted from a state-run exchange to reliance on the federal exchange, healthcare.gov, to process insurance applications for their states’ residents. The federal exchange already serves 36 states, according to Politico’s reporting. The problems with the launch of healthcare.gov have been reported upon extensively. The Obama administration reports that approximately 8 million people have signed up through the exchange, but little of the detailed enrollment data (e.g., demographics of those enrolled, how many enrollees have actually paid for and secured insurance, etc.) from the federal exchange is available from most of the state exchanges.

Although the U.S. Supreme Court has sustained the constitutionality of the ACA, there are still legal challenges to key components of the law. One such challenge working its way through the courts is an Oklahoma case challenging the legality of providing insurance subsidies through the federal exchange. Some argue that the language of the ACA made no explicit provision for the federal government to provide such insurance subsidies on its exchange, while others claim that it is lawful because it’s a reasonable consequence of the ACA’s implementation. There is also a suit from employers, Halbig v. Sebelius, challenging the federal exchange’s subsidies and mandates. The IRS won the suit in district court, and the plaintiffs have appealed to the U.S. D.C. Circuit Court of Appeals, a frequent launching point for appeals to the U.S. Supreme Court. With state exchange problems resulting in more Americans relying on the healthcare.gov exchange, the Oklahoma case is increasingly important to the ACA’s promise of access to affordable health insurance options for people in need of subsidies.—Michael Wyland