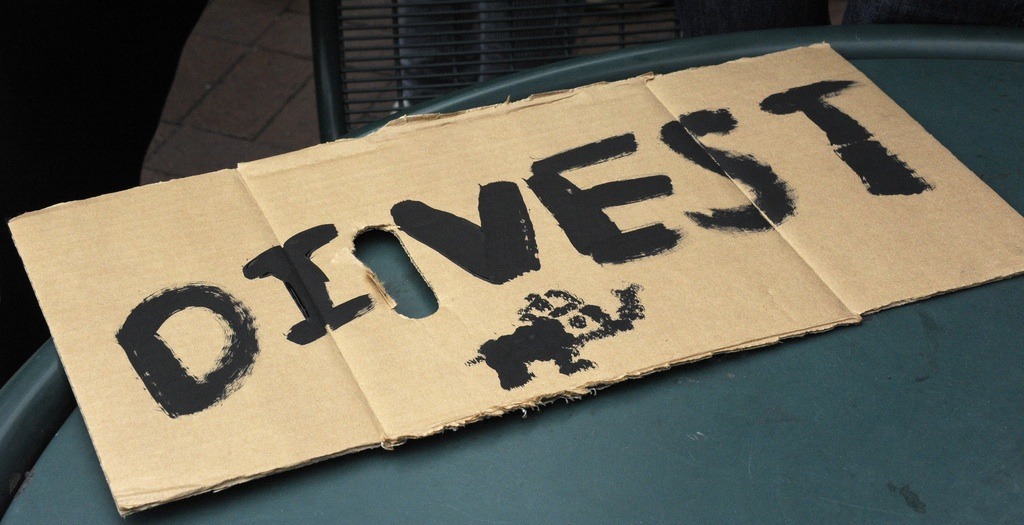 According to the Manhattan Institute, 175 of the 250 largest publicly traded corporations had filed proxy documents with the Securities and Exchange Commission. These proxy filings are shareholder-initiated actions to effect changes in the corporations where they hold shares of stock. Shareholder actions are one way in which institutional owners of corporate stock, like foundations, religious organizations, and pension funds, get to raise issues for stockholders to consider. 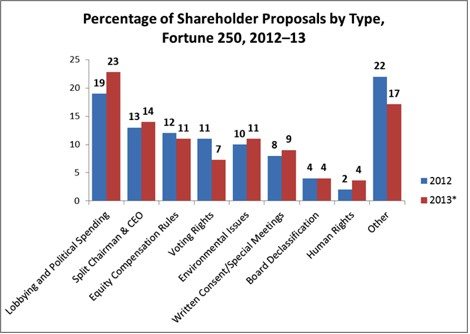 Sponsors of these proposals included labor and labor-related employee pension funds, but a significant proportion, 26 percent, came from social investment funds, including Northstar, Trillium, and As You Sow. Catholic orders significantly increased their activity, sponsoring 11 proposals as of May 2013 compared to three in all of 2012.

Remember, the 2013 totals are only through early May, so more shareholder activity might be coming down the pike. However, when it comes to reining in corporate secrecy around political spending and lobbying, shareholders seem to favor protecting the ability of corporate money to influence legislators and elections without disclosure. It’s good that some shareholder groups continue to push the issue, but ridding the electoral system of secret corporate money will require changes in federal law rather than changes in shareholders’ values.—Rick Cohen