The Role of Nonprofits in Health Care: A Trends Summary 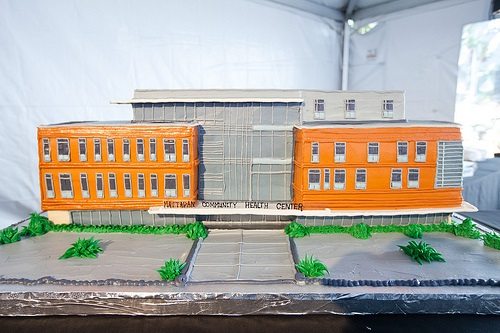 This article is one of a series of trend summaries by NPQ’s volunteer lay journalists. This piece by the prolific Michael Wyland, who writes often on both healthcare and policy issues for NPQ, takes a retrospective look at the past year’s turbulent operating environment for nonprofits involved in healthcare.

When discussing what’s new and changing about healthcare and nonprofits in the US, the temptation is to say, “Everything!” NPQ’s coverage in 2013 has focused on several areas important to both nonprofit organizations with healthcare missions and to nonprofits in general.

The Patient Protection and Affordable Care Act (PPACA or ACA), also known as Obamacare, is an obvious focus of reporting. The ACA is a 2,000-page law that, almost four years after its enactment, is still in the process of adding more guidance to the more than 20,000 pages of implementation regulations already in place.

The Affordable Care Act has had a bumpy introduction so far. Widely reported serious problems with the healthcare.gov website were addressed by NPQ. AmeriCorps and VISTA participants received a surprise when they discovered their insurance plan might not meet the new Obamacare coverage requirements. The “Got Insurance?” media campaign promoting signing up for health insurance on the exchanges was widely criticized. Suzanne Somers was criticized for lack of intellectual rigor in her Wall Street Journal op-ed criticizing the ACA. Most celebrity support for the ACA was limited to appearance videos and Twitter messages such as the #GetCovered campaign by Covered California.

Among the ongoing controversies affecting the ACA is the dilemma of how to resolve the tension between religious freedom and access to comprehensive healthcare services. Catholic hospitals found themselves involved in controversies over how healthcare services are delivered in Catholic hospitals, especially when a single provider dominates a service area, as is the case in western Washington state.

NPQ has covered problems with Obamacare implementation in the states as well as at the national level. Hawaii experienced extraordinary difficulties, spending over $100 million to implement its state exchange while registering only “a few hundred” residents. Hawaii’s Chief Information Officer, however, told a state legislative committee that Hawaii was “in the middle of the pack” among states implementing Obamacare. NPQ covered Medicaid expansion in Arizona as well as two contrasting views of Medicaid expansion nationally: are states that resist Medicaid expansion turning their backs on massive federal funding from political motivations, or are they concerned about the federal government’s ability and commitment to sustain a significant new program that could add heavy costs to many states’ largest single government expense item?

Healthcare executive compensation is receiving fresh examination amid escalating tension between finding and retaining the best executive talent on one hand and the needs to allocate scare resources toward mission fulfillment on the other. NPQ looked at efforts in Massachusetts to regulate nonprofit executive pay, especially in nonprofit health insurance providers. In a report on a study of nonprofit hospital executive pay, NPQ noted that an institution’s size, status as a teaching hospital, and patient satisfaction influenced executive pay. However, assessments of medical quality apparently do not figure in executive compensation–setting.

Prescription drugs were the basis for two NPQ articles on compensation. One article dealt with Congressional questions about executive bonuses at hospitals participating in a federal program to provide subsidized prescription drugs to patients. Another NPQ article addressed the CEO compensation of the top 11 for-profit drug manufacturers and the lobbying expenditures by those same companies.

The governance of nonprofit hospitals is undergoing an evolution, driven by general nonprofit governance trends toward transparency and accountability as well as healthcare-specific requirements of the Affordable Care Act. NPQ addressed the difficulties encountered in New Jersey when a state panel recommended that all nonprofit hospitals make ten pieces of information readily available to the public. From the article:

“Nonprofit hospital executives and their boards often see their organizations as healthcare facilities, not as charities. Recent evidence that such self-perceptions need addressing include the provisions in the Affordable Care Act requiring nonprofit hospitals to document their charity care activities, to report on their debt collection practices, and to perform community health needs assessments and develop and implement plans based on them. These three requirements are administered through the IRS—not the U.S. Department of Health and Human Services. Why? Because Congress believed that nonprofit hospitals were losing sight of their responsibilities as charities while being too focused on being successful (read: clinically competent and financially stable) healthcare providers. The IRS, not HHS, is responsible for federal oversight of charities.”

The ACA-required community health needs assessments, or CHNAs, were the subject of two NPQ stories. Rick Cohen’s prescient first paragraph in his February 2013 story “A Healthcare Advocate’s Guide to Community Health Needs Assessments” was followed later in the year by reports of shortcomings in hospitals’ performance of CHNAs. NPQ will look at hospitals’ CHNA submissions to the IRS as they become available and report on their CHNA compliance efforts.

The ultimate question for the future

The real question is, what is the next model for nonprofit healthcare? Much of what passes for prediction is really encouraging adaptation to the currently emerging model. What lies beyond integrated healthcare delivery, aggregating covered lives, the patchwork of state and federal health insurance exchanges, and measurement of outcomes and wellness rather than procedures and illness? If the past is any guide, we’ll be discovering the next model, the next answer, the next watershed event, for the next decade.

Michael L. Wyland has over twenty-five years of experience in corporate and government public policy, management, and administration. In 2014, Michael was elected Chair of the South Dakota Commission for National and Community Service (Serve SD), on which he has served since its founding in 2011. He is an expert on nonprofit governance and fundraising issues who has been featured in media including the Wall Street Journal, CNN, Fox News, Washington Post, the Chronicle of Philanthropy, and the Nonprofit Quarterly.