UK Fundraisers Under Pressure from Critics 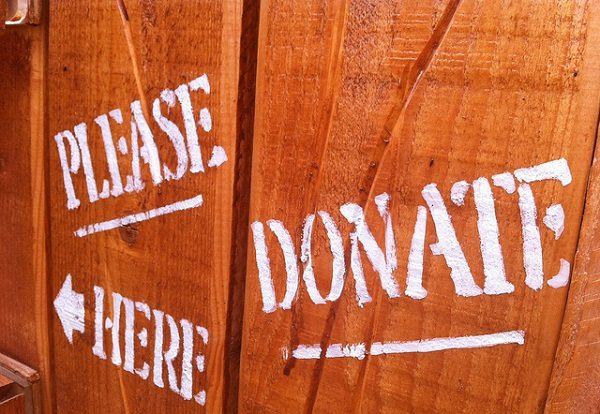 The month since the death of 92-year-old Olive Cooke has been filled with extraordinary commentary and concern about fundraising in the UK. Nonprofit trade journals have run articles featuring an array of the UK nonprofit sector’s biggest names:

A quick guide to the cast of characters: William Shawcross is the chair of the Charity Commission, Sir Stephen Bubb is the Chair of the Association of Chief Executives of Voluntary Organisations (ACEVO), Rob Wilson MP is the Minister for Civil Society, Sir Stuart Etherington is the CEO of the National Council of Voluntary Organizations (NCVO), and Peter Lewis is the CEO of the Institute of Fundraising (IOF). Unmentioned in the headlines yet central to many of the arguments is another organisation, the Fundraising Standards Review Board (FSRB).

Readers in the United States and elsewhere might be surprised at the number of worthy-sounding bodies and their titled representatives and wonder how fundraising in the sceptred isle could have fallen into such disarray. Here is a brief sypnosis.

A 92-year-old lady known to have complained about the high volume of charity appeals directed her way was found dead beneath a 245-foot-high bridge. The media instantly linked her death to the pressure of the incessant fundraising approaches made to her. Within days, the British Prime Minister, David Cameron, urged action be taken. Both the FRSB, the independent regulator of fundraising, and the IOF, a professional association for fundraisers and fundraising, responded to the incident and ensuing media pressure. The FRSB launched an inquiry into charity fundraising approaches. The IOF announced strengthened rules for its fundraiser members.

The media pressure continued, notably in the tabloid press. The Daily Mail on Sunday, for example, ran a story written by an undercover journalist who underwent training with telephone fundraiser Listen Ltd. The journalist described “staff…trained…to cynically squeeze cash from potential donors including 98-year-olds and cancer sufferers.” Several household name charities such as Oxfam, Cancer Research UK, and the RSPCA were forced into defending their links with the telephone fundraiser. Simon Cook, editor of Third Sector, described the entire ongoing saga while writing for NPQ as a “a pent-up stream of concern and complaint.”

The debates signalled by the trade press headlines above are indicative of the discomfort of the charity sector. NCVO chief executive Etherington pointed to the conundrum of “The Institute of Fundraising’s dual identity, being both the champion of fundraisers, and a body with a key role in regulating fundraisers.” He noted that the IOF as the representative of fundraisers “sets the code which the Fundraising Standards Board adjudicates fundraisers against.” The players, in other words, are setting the umpire’s rules.

The commentary has been joined by the academic and research community. Joe Saxton, chief of an independent a research consultancy, NfpSynergy, wrote, “The sector needs to do to get its house in order, providing donors with a much better sense of their rights when it comes to giving.”

He reminded fundraisers of an apparently forgotten “Fundraising Promise” published on the FRSB website. Among the Promise’s statements are: “If you tell us you don’t want to be contacted in a particular way, we will not do so” and “We take care not to cause undue disruption or nuisance.”

Plymouth University’s fundraising think tank, Rogare, is responding by bringing forward a project to develop new “normative” fundraising ethics. The core of the new norm will be presented at IOF’s Scotland conference in October. It is that “ethical fundraising balances the duty of fundraisers to ask for support, with the rights of other stakeholders not to be put under ‘undue’ pressure to donate,” says Rogare Director, Ian MacQuillin.

Most interesting to this newswire writer, of all the various opinions expressed, is one by a veteran of UK charity fundraising, Chris Washington-Soare. In a blog, he bemoans how fundraisers “have fallen for the growth-over-quality revenue generation model for far too long.”

In the future, Washington-Soare argues, “Our focus needs to be on nurturing high-quality, high-value donor relationships and slowing down the hamster wheel of growth.”—John Godfrey