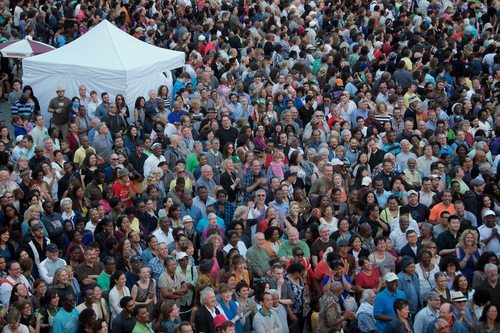 In April, Virginia Tech joined a growing list of universities with their own crowdfunding platforms. These websites are designed to build a community of giving within the institution by encouraging small gifts from current and recent graduates. Institutions hope these activities will build a stronger connection between students and their university and create new donors for years to come.

Although all of the campaigns highlighted on Virginia Tech’s new crowdfunding platform, Jump, have expired, they raised more than $21,000 from 317 donors in just a couple of months. One of the successful campaigns included funding student performances for local children through Virginia Tech’s Moss Arts Center. Many of the crowdfunding site’s donors do not have a history of donating to the university and often are not interested in Virginia Tech’s traditional annual funds.

Overall, the projects benefit less popular student groups and low-cost activities, encouraging small donations from a large number of donors. For example, $6 funds one child attending a Moss Arts Center performance. Project leaders are required to fill out a short application. Usually, campaigns are approved so long as the funds raised go directly to a university-affiliated program rather than an outside nonprofit organization.

While some universities are promoting the new platforms, campaign leaders are often responsible for promoting the campaigns on social media to friends and family. Campaigns receive the funds raised on the site whether or not they achieve their goals. Often, the university does not charge credit card processing fees but will subtract a percentage of the money raised to fund internal development activities.

Several universities are partnering with outside organizations like USEED to develop crowdfunding platforms. The organization, founded in 2011, also offers fundraising training to project leaders. Currently, USEED is collaborating with over 40 universities and learning programs in the U.S., Canada, and Australia. According to the organization’s co-founder, Matt Racz, the platform boasts an 80 percent success rate for campaigns organized by students completing the training.

Many of these platforms are buried on university “giving” pages—a website few targeted donors and potential crowdfunding project leaders visit. Clearly, this is not seen as a high-stakes endeavor, but the idea is worth considering for other types of nonprofits as well.—Gayle Nelson