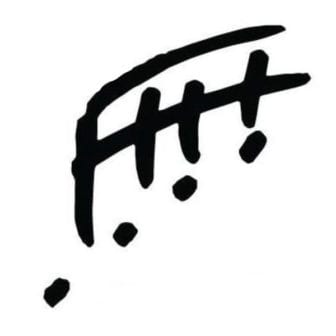 The Pacific Boychoir Academy in Oakland, with a yearly budget of less than $2 million and very little in the bank, was thrilled when it was gifted four pieces of Chinese art valued collectively at $2.8 million. Figuring this was their chance to build the small program for longer-term sustainability, and unable to sell them immediately due to IRS rules, the organization took out a $400,000 loan using the art as collateral to invest in new staff and…well, you can probably see this coming. Last month, the auction house that was to have sold the paintings determined they were basically worthless—though beautiful—reproductions of works by Li Keran, Fu Baoshi, Zhang Daqian, and Shitao.

Experts say that Chinese art can be tricky, with the art of masters being copied often as homage.

“It is extremely difficult to ascertain with real certainty and consensus the attribution of any Chinese painting,” says art dealer J.J. Lally. “It certainly is not the first time there’s been a dispute over a Chinese painting. Sometimes you ask five experts, you get six opinions.”

The donor, who is not being faulted, was apparently as surprised as anyone, but the school is now facing possible closure before year’s end. The head of the school has been terminated, as has the newly hired director of admissions, who had already been showing results.

The thing is, this organization, despite its relatively small budget, is no lightweight, nor was it failing. It just did not have much money. As they describe their own state:

Sometimes referred to as the best kept secret in Oakland, Pacific Boychoir Academy [PBA] is an outstanding small day school and choral music program best known for their Grammy-winning performances with the San Francisco Symphony and appearance on “America’s Got Talent.” Many metrics indicate that PBA is having one of the best years in its history – its 20th Anniversary Season opened with two collaborations with the San Francisco Symphony, 70 percent of its 8th grade students earned Silver Awards in the National Latin Exam, and just last week PBA received a Proclamation from the City of Oakland. Its students are currently preparing for a summer tour to Ireland and for collaborations with American Bach Soloists and California Bach Collective.

This description has been taken from an online fundraising campaign the school has launched, with limited results to date.

There is one tiny ray of hope outside the fundraising effort, Ortis said. Before realizing the four pieces were fake, the donor had given the school three additional pieces from the same collection. This week, one of the New York appraisers who had appraised the first set, valued them at a combined $500,000.

This time, the organization knows better than to head to the bank right away.—Ruth McCambridge